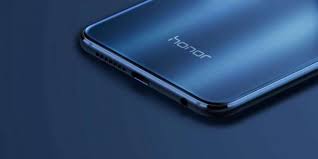 At the Mobile World Congress in Shanghai, Honor president George Zhao stated that the company would release its first 5G smartphone in the fourth quarter of 2019. Although he did not reveal any further details about the Honor 5G smartphone, he did indicate that it will be a flagship device with all the bells and whistles.

Talking at the MWC, Shanghai, Zhao also warned against using 5G commercial network on budget smartphones as the weaker CPU and GPU of the device could affect user experience and slow it down even more. This might mean that the first Honor 5G smartphone could be a flagship-grade device with top-notch specifications.

The Honor chief also stated that 5G costs are expected to come down with increase in popularity and might even slip below 4G tariffs.

Huawei, the parent company of Honor, has been embroiled in controversies which came to a head with a ban from the United States. The Trump administration has been urging other nations to ban the Chinese company and boycott its equipment in the development of 5G networks on their soils.

Despite the opposition from the US, Huawei has been playing a leading role in global 5G rollout and recently signed a contract with Moscow to develop 5G network in Russia. The Chinese tech major has claimed that the US ban has in no way dented its 5G plans.