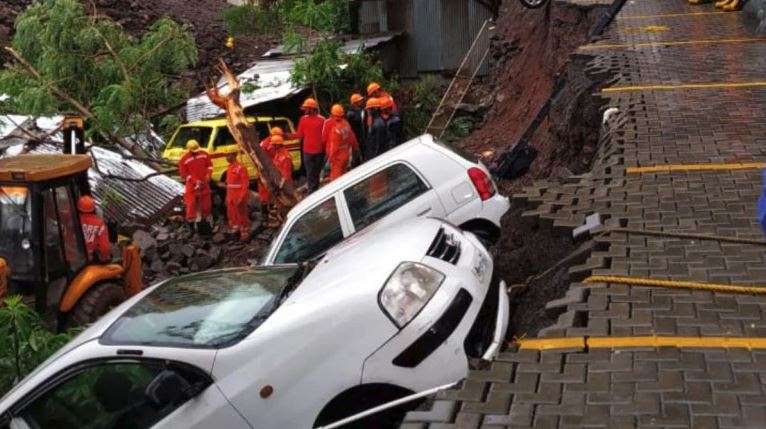 At least 15 people died on Saturday after a 60-ft-wall wall of a residential complex collapsed near Talab masjid in Pune’s Kondhwa area. The wall collapsed on shanties following incessant rains in Pune, police said on Saturday.

Police had earlier said that 17 people were killed in the incident, according to PTI.

The shanties were built for the labourers working at a construction site nearby, they said.

The compound wall collapsed around 1.45 am Friday night in the Kondhwa area, an official said.

Two to three people are still believed to be trapped and rescue operations are underway. The number of people who have been injured in the incident is yet to be confirmed.

The deceased included nine men, a woman and four children, according to initial reports from the fire department officials. The deceased are yet to be identified.

Pune has been witnessing heavy rainfall.

The NDRF team has also reached the accident spot for rescue operations.

District Collector Pune Naval Kishore Ram, said, “The wall collapsed due to heavy rainfall. Negligence of the construction company is coming to light with this incident. Death of 15 people is not a small matter. Mostly, they were labourers from Bihar and Bengal. The government will provide help to the affected.”

Pune police commissioner K Venkatesham said, “Our team is investigating the reasons behind the incident. Firm action will be taken against those responsible. We will check whether proper permissions were taken and safety measures were followed.”

Mayor of Pune, Mukta Tilak, said, “An investigation will be conducted into the incident. We are giving a ‘work stop’ order so that no work can be continued at the construction site here.”