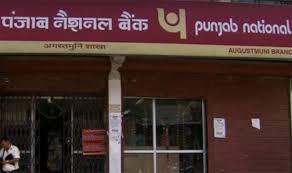 Just over a year after a major fraud worth Rs 13,700 crore involving diamantaire Nirav Modi, Punjab Nation Bank has reported another fraud worth Rs 3,805.15 crore by Bhushan Power & Steel Ltd (BPSL) to the Reserve Bank of India (RBI).

The state-owned bank said that in compliance with the regulation 30 of SEBI (LODR) Regulations, 2015, it was reporting the fraud to the RBI on the basis of forensic audit investigation findings and the Central Bureau of Investigation (CBI) First Information Report (FIR), which was filed on suo-moto basis against the company and its directors. The FIR had alleged funds diversion of Rs 3,805.15 crore from the banking system.

“In the accounts of the company (BPSL), the bank has already made provisions amounting to Rs 1,932.47 crore, as per prescribed prudential norms,” the PNB in a stock exchange filing said.

The bank said Bhushan Power & Steel “misappropriated bank funds”, “manipulated books of accounts” to raise funds from a consortium of banks. “At present, the case is at the NCLT (National Company Law Tribunal), which is in advance stage and the bank expects a good recovery in the account,” the PNB said.

Bhushan Steel’s former chief financial officer and director Nittin Johari was arrested by the Serious Fraud Investigation Office (SFIO) on May 2 and is in judicial custody. He was arrested for alleged fraudulent activities, including filing false documents with various banks.

The latest fraud comes more than a year after the Punjab National Bank reported its biggest financial embezzlement of around Rs 13,700 crore by diamond merchant Nirav Modi and his maternal uncle Mehul Choksi in February 2018.

Nirav Modi, wanted in India as the main accused in the PNB fraud, had allegedly acquired fraudulent letters of undertaking (LoUs) from one PNB’s branches for overseas credit from other Indian lenders. The case is being probed by the CBI and the Enforcement Directorate among other agencies, while Nirav Modi, who is currently lodged in a London prison, is facing extradition to India. The UK court has rejected his bail application five times, and now he will remain in the judicial custody until July 25. The next hearing in the case is scheduled for July 29.

Meanwhile, the Pune bench of the Debt Recovery Tribunal (DRT) on Saturday directed Nirav Modi and his aides to pay over Rs 7,200 crore with interest to the Punjab National Bank (PNB) and others. Presiding Officer Deepak Thakkar, who holds additional charge of the Debt Recovery Tribunal (DRT), Mumbai, passed two orders in two cases in favour of the Punjab National Bank.