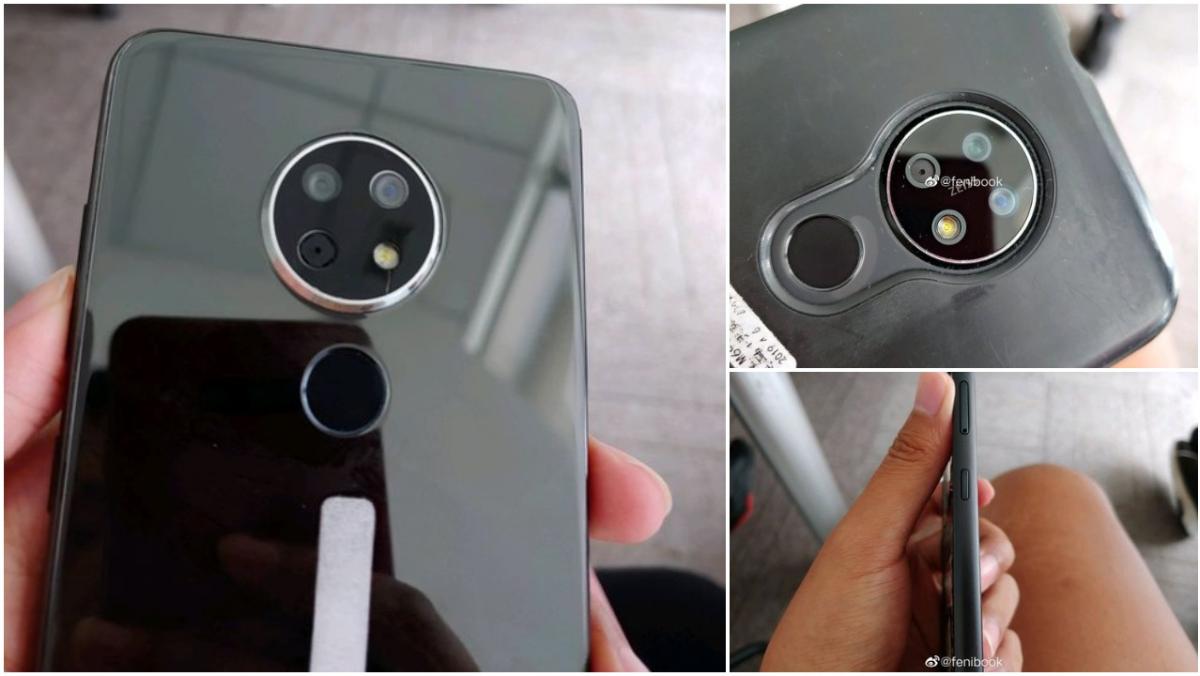 After a brief lull brand Nokia is in news again. We know from Nokia India tweets that the Nokia 9 PureView, with its five rear cameras, will be soon launching in India.
But Nokia 9 PureView is not the only phone creating buzz. There is also a mystery Nokia phone that has leaked on the web, showing that Nokia is hoping to launch another camera-centric phone soon. This mystery Nokia phone has 3 rear cameras placed inside a round camera module. It could be part of Nokia 8 series, possibly an update to the Nokia 8.1.

How do we know this could be a phone part of Nokia 8 series? We know because the Nokia 9, which is a flagship phone, has five cameras. So a phone with 3 rear cameras is likely to be placed one notch below it in the product line-up. Also, the Nokia 8 series is due for an upgrade.

The leaked images of the mystery Nokia phone appeared first on Baidu and then were shared on Twitter by SlashLeaks. The images show three cameras and one LED flash module. There is also a fingerprint sensor placed below the cameras.

The images of the camera are accompanied by some images of the photo app, which clearly shows that one of the cameras in this mysterious Nokia phone uses 48-megapixel sensor and F1.8 lens. The leaked images also show that like other Nokia phones made by HMD Global, the new Nokia will also use Android One software without any custom user interface.

The new device doesn’t have an official name yet but in the pictures, we can see that the phone will come with a water-drop notch on the front. In the photos we can see that the device features a USB-C port at the bottom, so obviously it is a premium phone. This unnamed device also features a rear-mounted fingerprint sensor.

The new Nokia leak includes only pictures and doesn’t offer clues about the phone’s specs and features. We only know that the main shooter has a 48-megapixel image sensor.

However, we do know lot more about the Nokia 9. This phone is coming to India soon, as revealed by Nokia India social media accounts. No specific launch date has been mentioned yet but HMD Global talks of bringing Nokia 9 to India within weeks, which means most likely by the end of this month. The Nokia 9 comes with a high-end camera setup as well as Qualcomm Snapdragon 845, 6-inch OLED screen, 128GB storage and 6GB RAM.