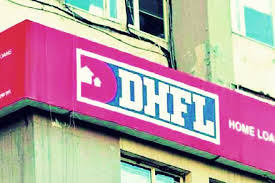 Lenders to the troubled Dewan Housing Finance (DHFL) are understood to have given the intermediary another week or so to come up with a resolution plan. The mortgage financier has been working on a plan that would help its operations stabilise and this was to have been submitted to lenders on Thursday.

However, the meeting between bankers and company officials, the first after lenders signed the inter-creditor agreement (ICA) for the resolution of the account, did not throw up any meaningful decisions. Banks have a very large exposure to DHFL of close to Rs 40,000 crore, which is nearly half the company’s total outstanding of close to Rs 1 lakh crore.

“No significant decisions on the way forward have been taken as of now,” a senior banker, aware of the developments, said on the condition of anonymity.

“We are yet to receive the resolution plan and in this context, things are at a very nascent stage,” the senior banker said. Another banker indicated DHFL would present the lenders with a proposed resolution plan next week.

Earlier this week, one of the lenders to DHFL indicated to FE the housing finance company’s debt was being segregated into different buckets — retail loans, wholesale loans, project loans etc — for the sake of determining the plan of action. Depending on the nature of debt, it could be restructured or converted into equity and an option to sell assets or securitise the debt could also be explored. The company is understood to be seeking fresh line of credit from lenders.

DHFL has missed some of its repayments and is yet to announce financial results for 2018-19. On June 4, the company said it had missed interest payments on secured redeemable NCDs worth Rs 900 crore though a a week later it said a full payment had been made within the cure period. On June 25, it defaulted on maturing unsecured commercial paper to the extent of Rs 225 crore against an outstanding amount of Rs 375 crore.

At a meeting called by the Union Bank of India last week, the consortium of lenders to DHFL decided June 25 as the ‘reference date’, marking the start of the 30-day ‘review period’. As per provisions within the Reserve Bank of India’s circular on ‘Prudential Framework for Resolution of Stressed Assets’, lenders have until July 24 to review the account, and decide on the nature and approach for implementation of the resolution plan. Thereafter, the parties have 180 days from end of the review period to implement the plan. Bankers had sought professional help in February to monitor the company’s cash flows.