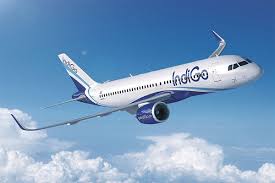 The markets regulator is probing whether the management of InterGlobe Aviation Ltd misled shareholders by downplaying the true extent of differences between the co-founders of India’s largest airline, two people with direct knowledge of the matter said.

The Securities and Exchange Board of India (Sebi) is examining whether the management deliberately misled shareholders or it was unaware of the true extent of the differences between co-founders Rakesh Gangwal and Rahul Bhatia, one of the two people cited above said on condition of anonymity.

The tussle between the two billionaire promoters of IndiGo over shareholder rights took a turn for the worse on 8 July when Gangwal wrote to Sebi alleging governance lapses at the airline.

Gangwal’s complaint to the regulator raised issues including related-party transactions (RPTs) entered into by the airline with Bhatia-controlled entities and the independence of the airline’s board.

An email sent to IndiGo and Sebi went unanswered till press time.

These differences first came into public view on 15 May when the two promoters hired lawyers to reconcile their differences and take a relook at the contentious shareholder agreement which gives sweeping powers to Bhatia’s InterGlobe Enterprises Pvt. Ltd.

On 18 May, Ronojoy Dutta, chief executive of IndiGo, said in a press statement that there was no attempt by RG (Rakesh Gangwal) Group to renegotiate the shareholder agreement and Gangwal stood by the current agreement.

“This is contrary to what Gangwal has claimed in his complaint. There seems to be discord on the shareholder agreement that vests too many powers with one group of promoters,” the first person cited earlier said.

Mohit Saraf, senior partner at law firm L&L Partners, said if the management deliberately downplayed the discord and that led to a loss of shareholder wealth, then it’s a problem.

“Having said that, as a professional CEO, you could disclose only what information you have and if you believed material enough to be disclosed,” he added.

Separately, Sebi has sent a set of questions to the company on Gangwal’s letter and sought to know whether the related-party transactions were in compliance with the Sebi Act, and if there were any disclosure violations under listing norms, said the second person, also requesting anonymity.

IndiGo has to reply to the regulator’s queries by 19 July.

One of the major allegations Gangwal has levelled against InterGlobe Enterprises is that the related-party transactions violated the company’s code of governance.

In the year ended 31 March 2018, InterGlobe’s total reported related-party transactions were ₹332 crore, according to a Mint analysis of company disclosures. This rose to ₹504 crore in the following year. This is about 1.4-1.7% of the airline’s annual consolidated revenue.

“Considering that these RPTs are way below the prescribed threshold, there is not much a regulator can do. Provided if at a later stage, some more transactions come to light,” said Saraf.

These RPTs were examined by the advisory firm EY in January, but its report did find substantial lapses. However, it pointed out lapses on taking appropriate approvals from audit committee, Gangwal claimed in the letter to Sebi.

Sebi is also seeking the EY report to ascertain whether the report pointed out lapses that could hurt shareholders, said the second person.

“If the audit committee approvals are missing then it is a compliance issue and the company can be held accountable,” said Saraf.

Under its Listing Obligation and Disclosure Rules, Sebi prescribes a threshold of 10% of turnover for all RPTs, and requires a shareholder nod.

However, under the Companies Act 2013, the threshold is ₹100 crore for goods such as rentals, leases, etc., and ₹50 crore for services or 10% of annual turnover, whichever is lower, for RPTs that are not at arm’s length and not in ordinary course of business. Such RPTs require shareholder approval through an ordinary resolution.