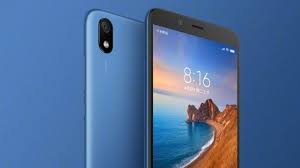 Xiaomi’s forte is offering good quality phones at affordable prices. Its Redmi Note and Redmi Y series are highly popular in India. But these are great options for those who have a budget of around Rs 10,000. For the entry-level segment, under Rs 7,000, where the bar is much lower for a phone quality and performance, Xiaomi is offering a brand new Redmi 7A.

With the price starting at Rs 5,999 (available at an introductory price of Rs 5,799), Xiaomi Redmi 7A is touted as an upgrade over the last year’s Redmi 6A. From the specifications point of view, Redmi 7A is indeed an upgrade. A big upgrade? Not really. That said, in this price bracket there are barely quality phones worth recommending. Realme C2 is the only major competition that Redmi 7A has.

We’ve talked in length about Redmi 7A’s design in our first impressions. A quick recap: Redmi 7A looks very similar to Redmi 6A but has subtle changes. For instance, it has a vertically aligned camera set up on the back whereas the predecessor had horizontally aligned. The back panel is much cleaner.

Redmi 7A comes with 5.4-inch HD+ display. The screen size and resolution are the same as Redmi 6A. With 18:9 aspect ratio, Xiaomi Redmi 7A is still living in early 2018. From looks point of view, Redmi 7A is a bit disappointing. With the competition, as well as Xiaomi, rolling out much-improved design to their budget offerings, Redmi 7A looks dated. Realme C2 is a much better-looking phone, at least looks on par with other Rs 10,000-15,000 phones in the market.

But other important aspects such as screen legibility are quite impressive. The auto-brightness works just fine. The screen can be little reflective under direct sunlight but that’s something a lot of phones including expensive ones grapple with. Xiaomi is offering a 12-megapixel AI rear camera on Redmi 7A.

The Sony IMX486 sensor is reliable if you’re taking photos in daylight or have conducive lighting conditions. The image processing also quite fast. Some of the shots taken from Redmi 7A have come out really good. They are sharp and rich in details. Lowlight images could have been better, though. Don’t expect Redmi 7A to replicate Redmi Note 7S or Note 7 Pro camera quality. For its price, Redmi 7A offers a pretty decent camera and is among the best ones in the segment.

Another big strength of Redmi 7A is performance. Running on Qualcomm Snapdragon 439 processor with 2GB of RAM, Xiaomi Redmi 7A has certain limitations at what it can do. For someone whose usage is limited to calling, instant messaging and video streaming on apps like YouTube, Redmi 7A will not disappoint at all.

You can also play games like Subway Surfer on the phone without any problem. During our usage, we came across no lags or stutter with important apps like Gmail, Chrome, Facebook or WhatsApp. Redmi 7A comes with a 4,000mAh battery which can easily last more than a day on moderate usage. A fingerprint sensor on this phone was a big miss. It does support face unlock but we won’t recommend that on any budget Android phone. The splash-proof nano-coating is a welcome addition for a phone in the entry-level category.

Redmi 7A does well for its price category. It offers reliable performance and much better camera experience than Xiaomi’s another entry-level phone, Redmi Go. Xiaomi could have done much better with the design even though it’s an entry-level phone. We hope Xiaomi launches Redmi 8 next year with a fingerprint sensor, gradient back panel and better screen design in the same price range. That said, if you’re looking to upgrade from a feature phone, Redmi 7A is one of the best entry-level phones in India at the moment.