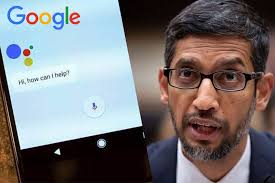 Google has reportedly admitted that Google employees listen to private recordings of customer conversations via Google Assistant. Moreover, employees are able to access conversations which were not meant to be recorded.

Leak of 1,000 private conversations in Dutch language by some of Google’s partners to a Belgian news site further proved that third-party contractors working for Google were also able to access these multiple sensitive user conversations, that were reportedly recorded unintentionally.

Usually, users with Google Assistant on their phones and smart speakers have to say “Ok, Google” to start a conversation with the AI-powered virtual assistant. But even when users didn’t call up the virtual assistant, various user conversations that were personal and sensitive in nature were recorded.

As per the Belgian broadcaster VRT NWS, the recordings were done despite the fact that some of Google Home users did not even say the wake word, “Ok Google”.

In its terms and conditions, Google states that audio recordings between users and their Google smart speakers and Google Assistant devices are recorded and stored but does not mention its employees can listen to excerpts from these recordings, which further raises serious questions about the privacy of users. “We’ll share personal information outside of Google when we have your consent,” the company’s privacy policy states.

In response to the report, Google provided an in-depth explanation over a blog post by David Monsees, Product Manager-Search. The statement stated that these recordings were necessary to improve voice responses from their smart assistants.

“As part of our work to develop speech technology for more languages, we partner with language experts around the world who understand the nuances and accents of a specific language. These language experts review and transcribe a small set of queries to help us better understand those languages. This is a critical part of the process of building speech technology, and is necessary to creating products like the Google Assistant,” Monsees said in the blog post.

In the official statement, Google insisted that the human workers listen to parts of the conversation to help Assistant improve its responses and help it to work well with multiple languages. The company further stated that contract workers do have access to audio recordings and can listen in on user conversations with Google’s virtual assistant platform, although added that they are supposed to be kept confidential.

David Monsees further said that “The company has launched an investigation because the contractor breached data security policies. We apply a wide range of safeguards to protect user privacy throughout the entire review process.”

“We’re always working to improve how we explain our settings and privacy practices to people, and will be reviewing opportunities to further clarify how data is used to improve speech technology,” said Monsees.

The tech giant also admitted that it does not always delete the stored data. The company keeps the transcripts until a user “manually delete the information” and mentioned that users can turn off storing audio data to their Google accounts completely, or choose to auto-delete data after every 3 or 18 months.