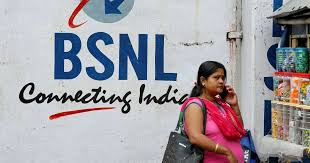 A group of ministers led by home minister Amit Shah is understood to have met on Tuesday to explore ways to revive sick telecom PSUs — BSNL and MTNL — a task which seems herculean with every passing day. Since the days of the government garnering high revenues through spectrum auctions are over, the choices before it are limited and also costly.

Hyper competition and spectrum auction design led to generation of surplus for the exchequer in the past but any such chances are not there now. Thus, for the government also, the options boil down to do what owners of private telcos are doing: Either pump in large amount of equity to keep the company afloat or shut it down. Ironically, both the options would cost the government a fortune.

The third option of just providing cheap or free 4G spectrum to BSNL and MTNL, which they are demanding, will not put the two back on rails. For perspective, just look at the facts.

For private telecom companies, the wage cost is around 5% of their revenues. Operating revenue in FY18 at around Rs 22,700 crore was 37% below the peak FY06 levels. On the balance sheet front, BSNL moved from a peak net cash position of Rs 37,200 crore at FY08 end to a net debt position of Rs 8,600 crore at the end of FY18.

According to rough estimates, the current annual cash loss run-rate for BSNL would be in excess of Rs 6,900 crore. The company remains far behind the three private operators Bharti Airtel, Vodafone Idea, and Reliance Jio on network coverage, capacity and quality. Going forward, Jio’s foray into fibre-based broadband services will also impact BSNL’s wireline business, which has been the only growing segment for BSNL for the past few years.

Therefore, saddled with an uncompetitive cost structure and weak network, the revival options before the government for BSNL as well as MTNL is a huge challenge. The fact is that even big private players have seen either merger and acquisitions or exited in recent times as the sector has been going through a financial stress.