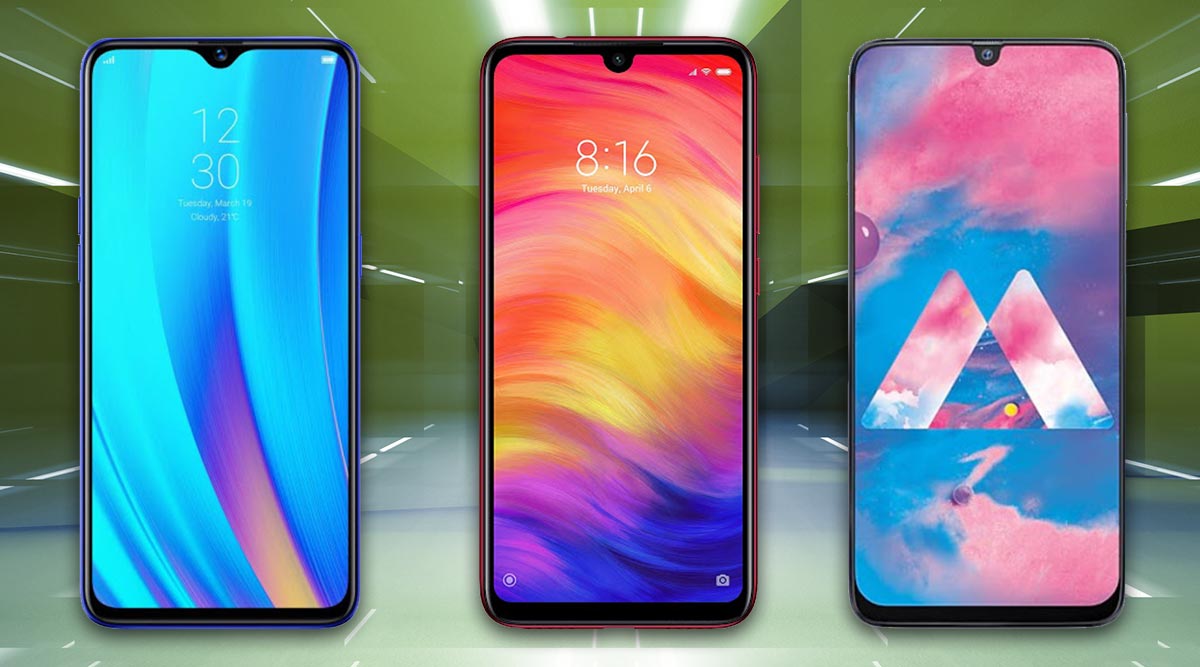 Realme X is the latest mid-range smartphone in India. Launched at a starting price of Rs 16,999, the latest Realme phone comes with unique features such as in-screen fingerprint sensor and pop-up selfie camera. Realme X also steps up the game in the specifications department with 48-megapixel Sony IMX586 sensor and Snapdragon 710 chip.

Samsung Galaxy M30 also brings new design but doesn’t have a glass back panel. The phone has 6.4-inch full HD+ Super AMOLED display. The Samsung phone has an Infinity U cut out on the front.

Xiaomi Redmi Note 7 Pro also comes with dual-rear cameras including 48-megapixel Sony IMX586 sensor and 5-megapixel sensor. On the front it has a 13-megapixel camera.

Samsung Galaxy M30 is one of the few mid-range phones to offer a triple-rear camera setup. The phone features a combination of 13MP f1.9, 5MP depth and 5MP 123degree lens. On the front it has a 16-megapixel camera.

Realme X has a 3,765mAh battery with VOOC fast charging while Redmi Note 7 Pro has a bigger 4,000mAh battery with fast charge support. Samsung’s Galaxy M30, however, offers the largest battery among the three at 5000mAh.