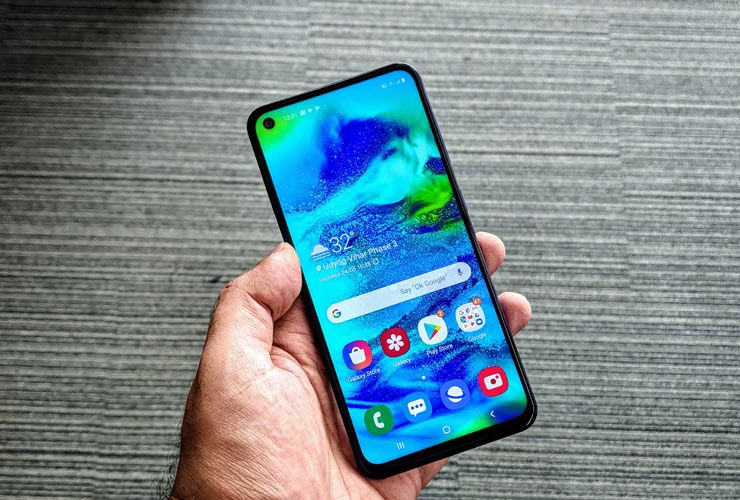 Consumer preference for mobile devices is changing, and the young generation these days want a phone that is attractive to look at, has a sturdy build with great camera (triple camera setup is most sought-after), plus the device ought to be a breezy one with fluid performance.

Samsung, a widely trusted and respected brand in the fiercely competitive Indian mobile phone market, seems to be quite plugged into the customer requirements; early this year, it introduced its Galaxy M series especially designed for tech-savvy millennials and Gen Z.

The Galaxy M series, comprising M10, M20 and M30 phones, has been a huge hit in the Indian market, primarily because they are smooth, fast and responsive devices and the best part is, they don’t cost a bomb. Bolstered by the market success, the South Korean consumer electronics firm has brought out the fourth smartphone in the M series.

This is the Galaxy M40 device that has been drawing a lot of consumer attention in the past few days. The new phone is power packed with 6.3-inch FHD+ Infinity-O display, powerful Snapdragon 675 octa-core processor and triple rear camera. It retails for `19,990; let us find out its key features and overall performance.

A strong contender in the mid-range segment, Galaxy M40 is an attractive device with a sturdy build that can withstand rough usage and accidental falls. It is designed to provide great entertainment experience with Widevine L1 certification for streaming HD content through popular apps. It comes with a premium 6.3-inch FHD+ Infinity O Display, the feature that’s currently found only on Samsung’s flagship Galaxy S10 line.

With a contrast ratio of 1200:1 and on screen sound technology, Galaxy M40 is a 7.9 mm sleek device, weighing just 168 gm. It comes with sturdy Gorilla Glass 3 and is powered with Snapdragon 675 Octa-core processor that not only enhances user experience through excellent network speed, but also allows smooth multitasking and low power consumption.

The Galaxy M40 runs on a powerful Snapdragon 675 Octa-core processor with speeds of up to 2.0 GHz. It also allows smooth multitasking and low power consumption with 6GB RAM and 128GB memory which is expandable up to 512GB. The phone supports a 3,500 mAh battery and 15W USB type C fast charging feature.

As far as its camera is concerned, the Galaxy M40 sports a triple rear camera to address the millennials’ need for capturing photos and videos they find hard to resist. The triple camera setup comprises a 32 MP main camera with AI scene optimiser with F1.7 aperture for stunning daylight shots and vivid night photos. It also features a 5 MP depth camera and an ultra-wide8 MP camera. For youngsters who like to communicate via videos, Galaxy M40 comes with host of video features such as 4K video recording, Slo-mo and Hyperlapse.

I reckon that the Galaxy M40 excels in three critical areas — design, display and camera technology. Of course, there are many other things to like in this new Galaxy device, but in my opinion, these things in particular stand out. To put it bluntly, I found the M40 to be one of the best Android phones in the mid-range market. It looks sharp, performs well, has a solid battery life and provides a great user experience at an attractive price.