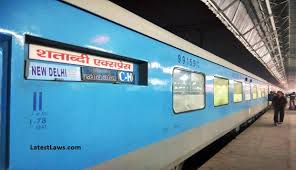 A woman was molested on board a premier train by a drunk co-passenger and her detailed tweets about how to follow the legal process to the T has people praising her.

“I was molested in a shatabdi and this is my thread on how to go about with the legal process,” the user with the handle @sokrafood tweeted on Tuesday.

Since then her tweet has been retweeted more than 3,000 times and ‘liked’ by 4,100 users. Many have called her a “strong woman” and a “survivor, A fighter. A pure legend.” Others have thanked her for sharing the process she followed.

She begins by pointing out who to approach on a train and the steps to follow if they have been molested. She says the travelling ticket examiner, who verifies passengers’ tickets on the train, “wields power in the train. In fact, more than a police officer”.

The woman says it is important to immediately react — “scream and shout” — and let other co-passengers know that you have been molested because “they are potential witnesses”.

She says it is absolutely imperative “clear your mind and write down everything on a piece of paper.” “This will not only help you frame your statement but later acts as evidence,” is her reason.

She also points out that every railway station has a police station and you should not leave without filing a complaint. In case, officials refuse to lodge a first information report, she says one should call up the police control room at 100 or the women’s helpline services and file a Zero FIR. And, keep the paperwork as evidence, she says.

The woman says you could be asked to drop the charges but hold your ground and keep family and friends informed about every aspect. She also clears myths and misconceptions about the legal process and explains how to go about it.

Here is what Twitter users had to say about her: