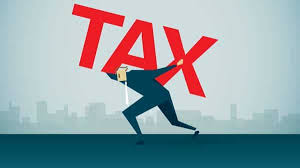 The interlinking of the two identity documents had been made mandatory in 2017. Although the Central Board of Direct Taxes (CBDT) has clarified that PAN is not obsolete, now that most functions that needed PAN can be carried out with Aadhaar instead, the relevance of the former is bound to decline. Nilanjana Chakraborty asks experts whether they think the quintessential PAN document is on its way out

Tax system will have to be modified to accept Aadhaar

Apart from interchangeability with PAN, Aadhaar can also be quoted in other transactions that otherwise require quoting of PAN (like opening of bank account, sale or purchase of motor vehicle, registration of house property, etc.).

The intent appears to be to provide ease in tax filing and ensuring greater compliance through Aadhaar. Post the budget, the chairman of CBDT stated that the tax department may think of suo motu allotment of fresh PAN to those taxpayers who would file tax returns with only Aadhaar as part of a new arrangement to link the two (a mandatory requirement under the Income-tax Act now for certain category of taxpayers).

Besides tax filing, PAN is needed to make payment of taxes and for other tax compliances, including correspondence with the tax authorities. One will need to see how related systems are modified to accept Aadhaar for the purpose.

Difficult to replace PAN as businesses, HUFs use it too

Until now, it was mandatory to quote your PAN while filing your tax. However, with PAN and Aadhaar cards made interchangeable, one can conveniently file returns on the basis of Aadhaar alone. Several other transactions that mandatorily require PAN may also now be possible via Aadhaar.

However, it is doubtful that PAN can be replaced by Aadhaar in its entirety at this point. PAN cards are issued to not just individuals but to Hindu Undivided Families as well.

Businesses also require PAN cards. PAN cards are also issued to individuals who are not Indian citizens but conduct any type of business in India.

Currently, there is no provision to replace PAN with Aadhaar cards. While individual taxpayers may move completely from PAN to Aadhaar over a period of time, it would still be a while before PAN becomes redundant for all financial transactions.

As per the budget proposal, now a person can be allotted PAN on the basis of an Aadhaar number. Also, Aadhaar number may now be used instead of PAN while filing tax returns. This change is definitely a convenience as it makes one ID relevant.

In a few years, Aadhaar may become the primary ID for individuals and, perhaps, PAN will become redundant for tax compliance. In the future, those filing tax for the first time or those joining the workforce may not even need a PAN. Companies and non-individual filers, though, will continue to use PAN.

However, the rest of the financial ecosystem that individuals use for banking or investing still continues to rely on PAN. Due to privacy concerns, Aadhaar is not all pervasive. Use of Aadhaar for storage and authentication comes with restrictions and its mandatory use outside of the Income-tax Act is currently protected and is consent based.

Various categories of persons (whether individual or non-individual) having taxable income, turnover exceeding ₹5 lakh, holding positions such as director, partner etc. are compulsorily required to apply for PAN. For individual taxpayers, the government made linking of Aadhaar with PAN compulsory in 2017. The government has the power to issue PAN to a person, even if such person doesn’t apply for it. Since there is linkage between Aadhaar and PAN, the government can easily issue PAN to taxpayers who do not possess it.

The government does not intend to discontinue PAN as it is the primary identification number for tax purposes and applies to all entities, whereas Aadhaar only applies to individuals. If a person has PAN without linkage with Aadhaar, such PAN will become inoperative as the intention of the government is to have linkage in all cases where Aadhaar is issued.