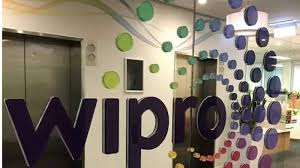 IT major Wipro’s first quarter net profits grew by 12.6% to ₹23.9 billion as compared to that of the same quarter last year. This was better than the 11% profit growth clocked by Tata Consultancy Services (TCS) and Infosys’ 5%.

Wipro said it expects its IT services revenue will grow, at best, 2% in the following three months ending September, similar to that of Infosys.

Infosys had projected a total growth 8.5% to 10% for the full year ending March 2020, which would imply a compounded quarterly growth 1.6% to 1.9%, according to a BOBCAPS research report. TCS to hinted at a double-digit growth for the year.

“We had a slower start to the year, we however remain focused on our operations and continue to invest in talent and capabilities for the future,” said Jatin Dalal, Chief Financial Officer of Wipro.

Overall ranking: #99 Company rating: 4.2 What it does: Technology consulting What employees say: “Bar none, THE BEST place I have ever worked.” — World Wide Technology Senior Consultant (Denver, Colorado)

All three major IT service providers from India have bagged new clients helping their outlook going forward. “Our efforts on client mining have resulted in an addition of three customers in more than $100 million bucket. We will continue to build differentiated capabilities to drive business transformation for our customers by investing in our big bets,” said Abidali Z. Neemuchwala, CEO and Executive Director at Wipro.

TCS and Infosys too, announced big signings last week along with their quarterly numbers. TCS bagged new deals worth $5.7 billion in the last quarter while Infosys set a new record for itself with new deals worth $2.7 billion.

However, the good news for investors is that Wipro plans to continue with its proposed buyback offer of 323 billion shares, which was approved by the board in April, after a green light from market regulator SEBI. The final shareholder approval came in on June 21.

Investors may have been worried that the company may rollback the plan after the government decided to impose a 20% tax on share buyback because companies were using share buybacks to give money back to shareholders instead of dividends, which are also taxable in India.