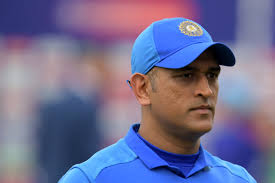 “The team needs him more than him needing the team,” Pandey told The Indian Express.

Since the time India lost to New Zealand in the World Cup semifinals, Pandey feels unnecessary pressure has been put on the former India skipper to hang up his boots.

“There is no plan as such (to retire), no one has thought about it. It is an unnecessary debate. It seems a few people were waiting for the World Cup to get over so that they could talk about Dhoni,” he asserted.

Pandey, who also looks after player management firm Rhiti Sports which has been taking care of Dhoni’s business interests for a long time, felt vested interests are at play wanting the wicketkeeper-batsman to retire. He claimed the Indian team can’t afford to let Dhoni go at this moment, even though he is 38 now.

“There is no issue of his fitness, his performance. Whether he should continue playing or not, that’s another issue,” Pandey said.

“It’s shameful that people are talking in this way. The day he (Dhoni) feels he is not giving his hundred per cent, he will move on. There is no plan as such. He retired in 2014 when he wanted to retire from Test cricket. He is not one to stretch his career unnecessarily.”

The relationship between Dhoni and Pandey goes back more than two decades. The friends became business partners and soon, the latter started negotiating endorsement deals for the emerging big star in Indian cricket. Rhiti Sports began managing Dhoni’s business affairs when there were other seasoned players in the sports management field vying for his signature. Over the years, the company has managed other prominent cricketers such as Ravindra Jadeja, Suresh Raina, RP Singh and Pragyan Ojha.

The selection committee meets in Mumbai on Sunday to pick the squad for the tour to West Indies, when a clear idea on what they feel about Dhoni’s role in the future scheme of things is likely to emerge.

During the recent World Cup, Dhoni repeatedly struggled to up the pace when required. He batted for a long time during India’s league phase defeat to England, when he seemed to ignore the spiralling asking rate.

In the semifinal against New Zealand too, he scored a half-century but failed to take the team over the line. Hence, there has been speculations on whether Dhoni, who has restricted him to the shorter versions of the game, would stick on. Or whether it’s the selectors groomed youngster like Rishabh Pant.