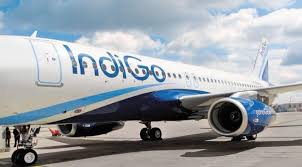 The feuding co-founders of InterGlobe Aviation Ltd, Rahul Bhatia and Rakesh Gangwal, are working towards a compromise formula that may result in every related party transaction in the company being vetted by independent directors, said two people with direct knowledge of the matter.

In addition, the Articles of Association (AoA) of InterGlobe Aviation, which runs India’s largest airline IndiGo, will be amended to expand the board to 10 directors from the current six, said the people cited above who did not wish to be named. This would however not require changing the existing shareholding agreement, they said.

“There has been no agreement reached yet. However, both parties are working towards reaching a solution before Mr Gangwal leaves for the US on Tuesday,” said the first person.

Both parties are discussing a range of issues that include composition of IndiGo’s board, related party transactions and other issues that have been contested between the two sides, the person said.

IndiGo said in a regulatory filing on Monday that the number of directors will be raised to 10. The current six-member board comprises two independent directors, which will double when the board is expanded.

Mint was the first to report last week that IndiGo’s board will be expanded to 10 directors.

“There are various issues that are being discussed between the two parties including composition of the board. As things stand, Bhatia will have five nominations to the board, which will have one nomination from Gangwal and four independent directors,” the second person said. On the issue of related-party transactions, which have been raised by Gangwal, InterGlobe Aviation plans to implement a new mechanism wherein such transactions would be approved by a majority of independent directors, said the second person.

The simmering feud between the two founders of IndiGo took an ugly turn in early July, with Gangwal seeking the intervention of the Securities and Exchange Board of India (Sebi) to curb alleged corporate governance violations by Bhatia. The charges were denied by Bhatia, who accused Gangwal of trying to dilute the controlling rights of his holding company IGE in the budget airline.

In an 8 July letter, addressed to Sebi chairman Ajay Tyagi, Gangwal alleged several violations at IndiGo including those pertaining to related-party transactions; appointment of senior management personnel, directors and the chairman, who has always been an independent director by convention.

“Certain clauses (16.16) of the Articles of Association (AoA) of the company will have to be changed to give effect to 10 directors on board the company. However, the SHA (shareholding agreement) will not need to be changed for this purpose,” the first person said adding that the appointment of directors will be considered at the company’s upcoming annual general meeting while changes in AoA will be internally done, and voted by the board.

The Economic Times on Monday reported that IndiGo is planning to put in place new policy related to related-party transactions to ensure such deals are approved by the audit panel. The report added that the new policy was mulled over on 20 July, during the company’s board meeting.