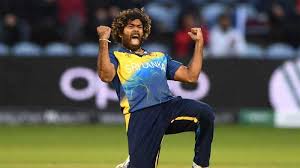 Lasith Malinga is set to retire from ODIs after the first game of the upcoming three-match series against Bangladesh. This will give Sri Lanka a chance to identify their next line of wicket-taking bowlers, which will be their “biggest problem” going forward, according to captain Dimuth Karunaratne.
“Our biggest problem is identifying wicket-taking bowlers in the months ahead, we need to find bowlers that can take wickets in the early overs, as well as the middle overs,” Karunaratne said, when asked what the team’s immediate plans were post World Cup.

In the series ahead we will be giving chances whenever we can to identify that talent, because we know Lasith Malinga is not available after this series. Lasith is only going to play the first match and then he’s retiring. That’s what he’s told me at least.”

Karunaratne, who is a known stat buff, will have been likely well aware of his team’s impotency in terms of wicket-taking when making his observations. At the World Cup, Malinga’s 13 wickets at 28.69 in seven matches were more than twice that of the next best Sri Lankan bowler, Isuru Udana, who picked up six in the same number of games. Nuwan Pradeep, who picked up five in three games, is a possible contender to take over the mantle, but injuries have been a frequent hindrance for him.

As such, Karunaratne knows the only lasting solution is to plan well in advance, with his thoughts already turning towards building for the 2023 World Cup.

“We also need to groom some youngsters for the next World Cup as well,” Karunaratne said. “Yes, there’s plenty of time, but we need to groom them one at a time and that takes time. Of course, we can’t fix everything at once, but we have four years before the next World Cup so we need to see how we can groom our youngsters and pass on the experience of our senior players to them.

“We’ve been looking to give Shehan Jayasuriya a chance after his performances against India A, and Lahiru Madushanka who performed well against South Africa [for the Emerging Team]. Those are some of the players we have in mind, but of course we can’t give everyone a chance just yet.”

Following a World Cup campaign in which Bangladesh both impressed and disappointed, they will also be looking to test their fringe players. For them it’s a temporary glimpse; Shakib Al Hasan – the unofficial player of the World Cup – is away on Haj pilgrimage, Liton Das is getting married, and captain Mashrafe Mortaza and Mohammad Saifuddin are injured. That’s four World Cup starters out, and a chance for some fringe players to shine.

“The guys who have been picked in the squad are all very capable. I really don’t like to talk about players who aren’t here at the moment,” stand-in captain Tamim Iqbal said, when questioned about Bangaldesh’s plans for replacing Shakib. “I know he’s a special player and has done fantastically well for Bangladesh, but he’s not part of this tour so let’s not talk about him. There are other 15 players and they all are very, very capable, and whoever plays in the first ODI, I’m sure they’re ready to cash in on their opportunity.”

Tamim, however, doesn’t have as many concerns as Karunaratne. Bangladesh travelled with a well-settled squad for the World Cup, and at another time would have likely travelled to Sri Lanka at full strength and probably as favourites. But as things stand, Tamim was keen to focus on the players at his disposal, and helping his side take the step up from simply playing well to winning games consistently.

“I think we had a pretty decent World Cup, there were a few games we should have won. If you see the points table you’d think we had a very bad World Cup because we finished only eighth in the table, and we as cricketers know we could have done more. On the whole though we played some good cricket, but we know that in the end it’s winning games that is important.”