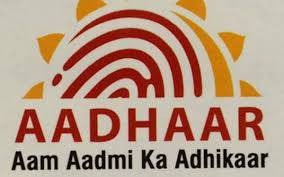 The Union Cabinet on Wednesday approved changes to Aadhaar and Other Laws (Amendment) Bill 2019, which includes a clause that allows use of the biometric identification for schemes and subsidies provided by the states, which draw from the Consolidated Fund of India.

“This was demand by the states. As per the Supreme Court order, Aadhaar is allowed where the funds are going for beneficiary schemes coming straight from the central government. It will enable the use… the way subsidies to the central schemes are transferred from the central fund, Aadhaar can be used for transferring state subsidies,” said information and broadcasting minister Prakash Javadekar.

Parliament had approved amendments to the Aadhaar and other laws earlier this month wherein the unique identification can be used on a voluntary basis for opening bank accounts or buy SIM cards for mobile phones.

Now the states will also be able to use Aadhaar database for identification of beneficiaries for their schemes. Javadekar said the move will help in targeting real beneficiaries and weed out bogus accounts.