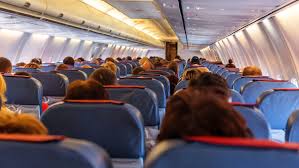 Do you groan when you find out you ended up with a middle seat at the very back of an airplane, just feet from the restroom? You’re far from alone, but there’s a definite upside: it’s one of the safest places to sit on a plane, Lifehacker reports.

TIME‘s research reinforced the conclusions from a 2007 Popular Mechanics study, in which researchers analyzed data from 20 crashes over the previous half-century. They measured in terms of survival rate rather than fatality rate, but the verdict was the same: Your chances of surviving a plane crash are much better if you’re seated at the back of the cabin. The rear cabin’s survival rate was 69 percent while the over-wing and coach sections came in at 56 percent; first- and business-class travelers survived only 49 percent of the time.

Both studies mentioned that some of the crashes had no discernable survival patterns, and TIME made it clear that the data means less without factoring in the circumstances of the crashes themselves. If the tail of the plane has an issue, for example, the rear cabin is obviously not very safe. The problem (if you could call it a problem) is that there just aren’t enough plane crashes to study. That’s why you have to evaluate these results with a critical eye. “There are too many variables, and this is the important one—so few accidents—that a simple answer is probably not statistically defensible,” Federal Aviation Administration communications manager Lynn Lunsford told The Washington Post.

So if you value your first-class aisle seat as much as your life, that’s probably OK. Rest easy with a neck pillow and this much-less-morbid parting stat: For every 16 million commercial passenger flights, there’s only one fatality.