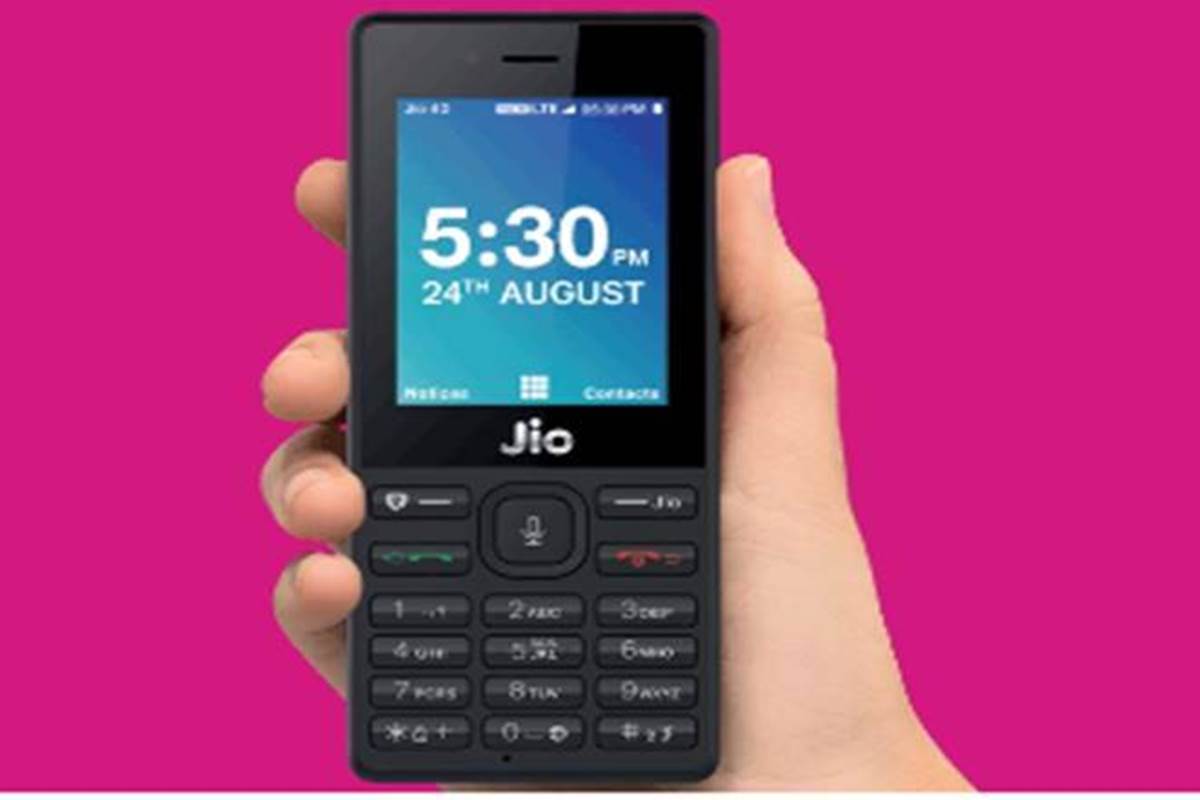 It seems that demand for Reliance Jio’s 4G feature phone, which sold more than 50 million units since its launch in August 2017, is softening.

The market share of Jio Phone, which controlled almost half of India’s feature phone market in the second quarter of the calendar year (CY) 2018 declined significantly to 28% in exactly a year’s time.

According to April-June CY 2019 numbers from Counterpoint Research, Jio Phone’s market share in the feature phone segment declined to 28%. This is its third straight quarter of loss.

The company controlled a market share of 30% in Q1 2019 and 38% in October-December 2018. During the April-June quarter last year, it commanded 47% of the feature phone market in the country, its highest so far.

Research analyst at Counterpoint Anshika Jain said, “Feature phone market witnessed a steep decline of around 39% annually coming from a very strong demand for Jio Phone a year ago and some inventory built-up in the market for Jio.” The demand is back to 2017 (pre-Jio Phone) levels, but it remains to be seen if entry-level smartphones in coming quarters are able to attract feature phone users, she added.

Jain told FE, “With Jio Phone’s entry, feature phone demand went up 70-80%, but now this is softening. They have a huge inventory build up, which they have not been able to clear. Due to slowing demand for Jio Phone, players such as Samsung, Lava and iTel were able to capture share in sub-Rs 1,000 segment during the April-June quarter.”

Jio’s loss was gain for competition. Its closest rival Samsung, helped by aggressive marketing and sales push, increased its feature phone market share to 21% during Q2 2019. The Korean electronics major controlled 15% share during January-March 2019 quarter and 14% in Q4 2018.

Although Lava’s market share fell marginally to 12% in Q2 2019 from 13% in the previous quarter, the domestic handset maker’s share was in single digits (9%) during the October-December 2018 quarter. Similarly, Nokia managed to increase its share from 6% during Q4 2018 (CY) to 9% in Q2 2019. iTel too increased its market presence. The company’s share increased to 10% in the latest quarter from 7% in the previous quarter.

Jio Phone’s demand shot up due to its compelling value proposition. In July 2018, it got a 66% price cut and was sold in market at Rs 501 through the Monsoon Hungama scheme. The price cut led to a higher monthly subscriber addition. While earlier it used to be around 6-7 million per month, the same went up to 10-12 million subscribers, with half coming from Jio Phone.

Apart from reducing the price of Jio Phone, the company also added popular apps —  WhatsApp, YouTube and Facebook which together have a market share of around 80% — in the phone to increase its traction amongst users.

Meanwhile, India’s smartphone shipments grew to 37 million units during Q2 2019 CY, with the growth being driven by new launches, price cuts on older devices and channel expansion across brands.

“Brands which focused on offline channels expanded to online channels with online-exclusive series. Similarly, brands which entered the market with online-exclusive series are now expanding their reach towards offline channel by forming partnerships with key offline retailers. Also, brands are launching multiple series to target or expand into new product tiers. This is helping them to expand their product portfolio to target multiple fast-growing segments and also diversify,” said Tarun Pathak, Counterpoint Research’s associate director.