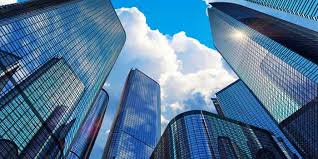 Reforms such as the Real Estate (Regulation and Development) Act, the Benami Transactions (Prohibition) Amended Act, India’s Housing for All Mission, and easier FDI rules have all helped investor confidence.

The period 2015-2018 observed the highest amount of traction in real estate investment in the country with the momentum continuing in 2019 as well, a FICCI and Vestian report, ‘Real Estate Investment in India: A Brief Analysis’ said. “While investments worth $25.7 billion were recorded during the period 2015-2018, accounted for by 345 deals; the year 2019 saw approximately an investment of $2.7 billion till the month of June. Thus, altogether, the period 2015 to the first half of 2019 (H1 2019) recorded real estate investment of $28.4 billion in the country,” the report stated.

Given the slowdown in the residential sector, it is not a surprise that the commercial segment (office and retail projects) emerged a winner in terms of investor interest. The segment accounted for the bulk of the real estate investment in the country since 2016. During 2015-2019, commercial accounted for 50 per cent of the total investment value. “Among notable deals transacted in commercial assets, a slew of deals were signed between US-based firm Blackstone and Indiabulls in 2018. In March, Blackstone bought a 50 per cent stake in Indiabulls’ flagship office properties in central Mumbai-One Indiabulls Centre and Indiabulls Finance Centre-for $730 million. Later, it entered into definitive agreement with Indiabulls to buy up to 50 per cent stake in two commercial properties in Gurugram,” the report stated.

Rising sectors appear to be warehousing and logistics. “Factors such as GST, ‘Make in India’ initiative and the growth of e-commerce have led to rising interest in the sector. Among major deals in the sector, mention can be made of LOGOS India investing nearly $100 million in Casagrand Distripark in Chennai and Embassy Industrial Parks investing around $50 million into DRA Projects in Bengaluru,” the report highlighted.

Mumbai-based companies, meanwhile, cornered most of the investments – the city attracted $10 billion, accounting for 36 per cent of the total investment. Real estate firms in Bengaluru (21 per cent share) and Gurgaon (13 per cent share) were distant second and third, respectively.