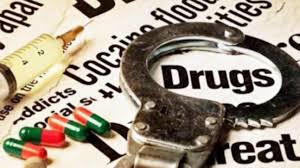 In a major drug bust, a special cell of Delhi Police arrested an alleged kingpin of drug network in Delhi and an Afghan national with 130 kg of heroin from Navi Mumbai.

Deputy Commissioner of Police (Special Cell) Manishi Chandra said around 260 jute bags containing 130 kg of soaked and dried Afghan heroin were seized from a container at Customs Bonded area in Palvel, Maharashtra.
The drug was transported as a basil seed consignment. It originated from Islam Qila in Afghanistan’s Herat and took the sea-route to Mumbai via Bandar Abbas in Iran, he said.

The bust comes a few days after the special cell recovered 200 kg of heroin from four Afghan nationals in New Delhi.

Total 330 kg of heroin worth around Rs 1,320 crore has been seized by the Delhi Police so far, the police said.

In the latest raid, Delhi Police has arrested Tifal Nau Khez, who allegedly heads the drug network in the national capital. The preliminary investigation has revealed that Tifal Nau Khez had set up a factory at a flat in Zakir Nagar to process drug. He had bought the flat on directions of his handlers based in Afghanistan, the police said.

Tifal Nau Khez oversaw all the operations from reconstitution to delivery of processed heroin in Punjab on the directions of Afghan-based drug lord Haji.

The second person arrested, Afghan national Ahmad Shah Alokozai, was in charge of importing jute bags to India from Afghanistan. These jute bags were to be delivered to reconstitution factories in Delhi and Punjab.

Thirty-five years old Tifal Nau Khez has a typical rags-to-riches story. He did not get any formal education. He has four brothers and four sisters. Born to a very poor family in Bulandshahr in Uttar Pradesh, Tifal Nau Khez worked as an auto mechanic from age 10 to 15. Thereafter, he started driving an autorickshaw in Delhi.

Tifal Nau Khez was initially arrested in Punjab in 2013 in a drug case when he was found in possession of 250 gms of heroin.

During his stay in Amritsar jail, he made many contacts and most of them dealt with drugs smuggling.

After his release, Tifal Nau Khez again worked as an auto driver but with an ulterior motive to make contacts with Afghan nationals.

For the same purpose, he mostly drove in Lajpat Nagar area and finally met one Afghani named Sheikh. After few casual meetings, this Afghani offered him heroin to sell in Delhi.

But with time, it was becoming difficult to push processed heroin into India as it was susceptible to detection at customs and other check ports. Tifal Nau Khez was then chosen by druglord Haji to setup one-of-a-kind heroin reconstitution factory.

Who is Ahmad Shah Alokozai?

However, his operations had a hidden agenda. He used his operations to smuggle heroin in India in the name of dry fruits. For the latest consignment, he transported the drug from Afghanistan to Iran by road and then from Iran to Mumbai through sea link.

Delhi Police has produced the two accused before the court which remanded them into police custody.