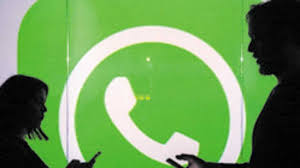 “…400 million Indians are using WhatsApp, out of the base of 1.5 billion” said Kant at the event. “And I can assure you in the next three years, it will be a billion plus from India.”

WhatsApp is making efforts to launch its long-delayed digital payment service, dubbed as WhatsApp Pay. The company global head Will Cathcart on Thursday revealed WhatsApp Pay will be available to all users by the end of this year.

The service was stalled after the company failed to meet the local digital payments framework guidelines. WhatsApp is said to be working to comply with the regulations including data localisation norms that makes it mandatory for all payments-related data to be stored locally.

“We built payments based on the UPI standard, partnered with banks here in India… We believe that if we did this right, it will accelerate financial inclusion and bring more people in India’s fast-growing digital economy. We can’t wait to provide the service to more of our users all across India later this year,” Cathcart said.