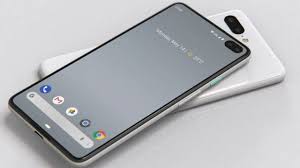 Last month, in June, Google confirmed the Pixel 4. The company posted a render of the upcoming Pixel 4 and confirmed that the phone will come with a square-shaped rear camera module. This year even the iPhone 11 series is expected to come with similar square camera module on the rear panel.

On Monday, Google officially confirmed some more details about the Pixel 4. Google confirms that the Pixel 4 will come with two new features — Motion Sense and Face unlock.

Both the Motion Sense and Face unlock features will be seen on a Pixel device for the first-ever time. Google says it has been working on Motion Sense, which the company refers as ‘Soil’, for the last five years and the Pixel 4 will be the first-ever device from the company to bring this feature to the consumers.

Google says, “For the past five years, our Advanced Technology and Projects team (ATAP) has been working on Soli, a motion-sensing radar. Radar, of course, is the same technology that has been used for decades to detect planes and other large objects.”

Well, it must be noted that Pixel 4 is the first smartphone to come with Motion Sense feature. We have seen some Sony Ericsson phones come with a similar feature in the past.

So what is Motion Sense? As the name suggests Motion Sense feature lets users use phones without touching it. This feature allows users to operate the phone just by hand movements. “Pixel 4 will be the first device with Soli, powering our new Motion Sense features to allow you to skip songs, snooze alarms, and silence phone calls, just by waving your hand. These capabilities are just the start, and just as Pixels get better over time, Motion Sense will evolve as well,” the company notes in a blog post.

“We’ve developed a miniature version located at the top of Pixel 4 that senses small motions around the phone, combining unique software algorithms with the advanced hardware sensor, so it can recognize gestures and detect when you’re nearby,” Google adds. Google further highlights that the “Motion Sense will be available in select Pixel countries.”

In addition to Motion Sense Google is also bringing Face Unlock to Pixel 4. Notably, this is the first-ever time that a Pixel phone will come with face unlock feature. Google definitely is pretty late at it but the company says it is engineering the feature differently. “Face unlock may be a familiar feature for smartphones, but we’re engineering it differently,” Google notes.

Google explains that the face unlock feature on the Pixel 4 will much more efficient when compared to face unlock in other smartphones. The company says, “Other phones require you to lift the device all the way up, pose in a certain way, wait for it to unlock, and then swipe to get to the homescreen. Pixel 4 does all of that in a much more streamlined way.

As you reach for Pixel 4, Soli proactively turns on the face unlock sensors, recognizing that you may want to unlock your phone. If the face unlock sensors and algorithms recognize you, the phone will open as you pick it up, all in one motion. Better yet, face unlock works in almost any orientation-even if you’re holding it upside down-and you can use it for secure payments and app authentication too.”

Google is yet to confirm the launch timeline of the Google Pixel 4.