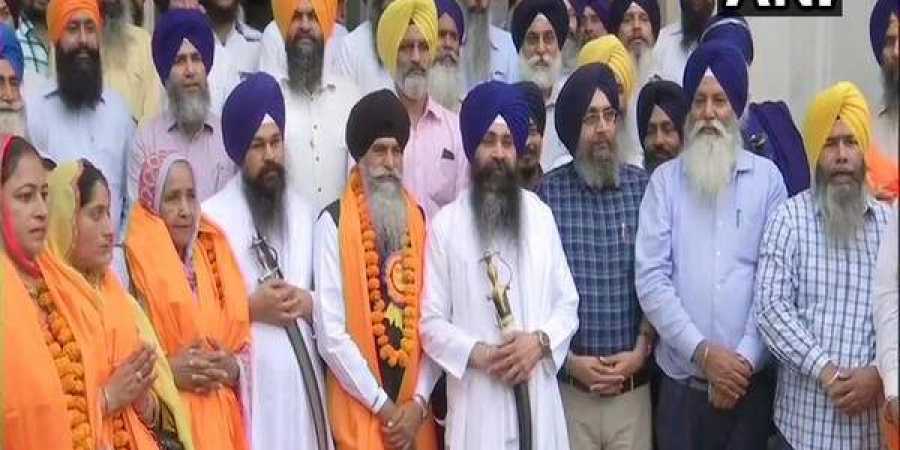 Lahore: Some 500 Indian Sikhs arrived in Pakistan on Tuesday to take part in celebrations in connection with the 550th birth anniversary of Sikh faith founder Guru Nanak Dev.

Since the arrival of the Indian Sikhs was kept in a “low profile” neither the Evacuee Trust Property Board, which looks after holy places of minorities in the country, nor the Pakistan Gurdwara Parbhandhik Committee were taken on board by the Imran Khan government regarding their arrival.

The Pakistani media was also not invited to the venue to cover the arrival of the Sikh pilgrims from India.

The Pakistan Foreign Office later in the day issued a statement confirming the arrival of 500 Indian Sikhs but did not tell whether they crossed over here via under construction Kartarpur corridor or Wagah border. Sources, however, told PTI that the Indian Sikhs arrived here via Wagah border.

The Foreign Office said in the statement: “This morning, a special Jatha of a little over 500 Indian Sikh pilgrims crossed over to Pakistan for Nankana Sahib. These pilgrims are scheduled to kick start celebrations of the 550th birth anniversary of Baba Guru Nanak from his birth place, Nankana Sahib, Pakistan on Thursday, 01 August 2019.”

It said the Pakistan High Commission in New Delhi issued visas to the Indian Sikh pilgrims. “These visas have been granted over and above the issuance of thousands of visas every year under the framework of Pakistan-India Protocol on Visits to Religious Shrines of 1974,” it said.

It further said that the Pakistan government is taking a number of important initiatives including opening of the Kartarpur corridor to make the 550th birth anniversary of Guru Nanak memorable and historic.

The government also believes in the policy of promoting visits to religious shrines and people-to-people contacts between Pakistan and India, it added.

Pakistan and India are inching closer to finalise the modalities regarding opening of the Kartarpur corridor at Narowal, some 125-km from Lahore, for Indian Sikhs on the occasion of 550th birth anniversary of Guru Nanak in November.