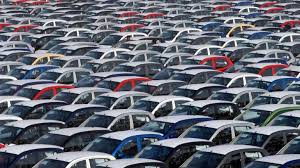 The major automobile companies of India today came out with their monthly sales data for July 2019 and the numbers are not at all encouraging.

The prominent carmakers like Maruti Suzuki, Hyundai, Mahindra & Mahindra and Honda have all suffered a drop in their sales during the month. The case is similar with companies like TVS and Royal Enfield.

The country’s largest carmaker Maruti Suzuki India has been witnessing a decline in sales for the past six months and reported a 33.5 per cent dip in total sales to 1,09,264 units in July 2019. The cumulative sales of Hyundai Motor India fell 3.8 per cent to 57,310 units during the month.

“We expect the slowdown to continue in the second half of FY20. The BS-VI transformation and sharp price increase related to BS-VI would keep automobile sales under pressure during the first half of FY21, and therefore we expect any sizable revival only by mid-FY21,” Shah added.

“Currently, the automobile industry is going through an unprecedented downturn as sales of new vehicles have plummeted significantly over the last several months,” SIAM President Rajan Wadhera said.

Recently, India Ratings and Research published the June 2019 edition of its credit news digest on the country’s auto sector, highlighting the trends in the sub-segments of the auto sector.

“Domestic automobile industry’s sales volume fell 12 per cent YoY in June 2019 on weak consumer sentiments owing to the slowing economy amid delays in the onset of monsoons. With rising inventory levels at dealer level, most original equipment manufacturers continued to take production cut in June 2019,” India Ratings and Research said.

According to a PTI report, ACMA (Automotive Component Manufacturers Association of India) has sought a uniform 18 per cent GST rate across the entire auto and auto component sector for a revival. The auto component industry employs nearly 5 million people and ACMA has said that almost 10 lakh jobs could be on the line if the prolonged slowdown in the automobile industry continues.