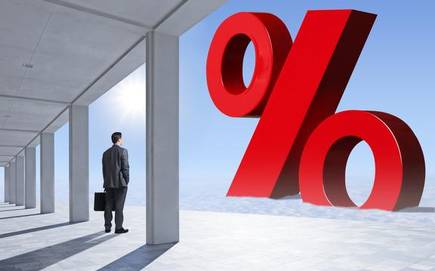 On 31 July, the Federal Reserve of the US, the American central bank, decided to cut the federal funds rate by 25 basis points (bps) and lower the target range to 2 to 2.25%. The federal funds rate is the interest rate at which one bank lends funds maintained at the Federal Reserve to another bank, on an overnight basis. One basis point is one hundredth of a percentage point.

A lower federal funds rate is expected to lead to slightly lower short- to medium-term interest rates in the US.

Along similar lines, and with consumer price inflation at a relatively low 3.2%, the Monetary Policy Committee (MPC) of the Reserve Bank of India (RBI) which meets during 5-7 August, is widely expected to cut the repo rate, the interest rate at which the Indian central bank lends to banks.

The demand for a repo rate cut has been made across the spectrum, from politicians in Delhi to fund managers in Mumbai. The central bank has cut the repo rate thrice since the beginning of 2019, each time by 25bps. Currently, the repo rate stands at 5.75%. But this cut hasn’t really translated into a cut in lending rates by banks. The prevailing belief is that high interest rates are holding the Indian economy back.

In January 2019, the weighted average lending rate of banks on their outstanding loans had stood at 10.38%. In May 2019, the latest data available, it was at 10.41%. Hence, despite the RBI cutting the repo rate, the interest rate on outstanding loans of banks has gone up, instead of coming down.

If we look at fresh loans, the weighted average lending rate for banks has fallen from 9.97% to 9.86%, during the period. A fall of 11bps is clearly not enough to get more people interested in borrowing and spending.

Lending out all deposits

Around two years ago, the credit deposit ratio was around 72%. In 2019, the ratio has constantly been over 77%, falling below this level only in July and once before that. As of 19 July, the ratio was at 76.3%. What does this mean? For every ₹100 raised as a deposit, the banks have lent out ₹76.3 as loans. Once we take into account a cash reserve ratio of 4%, which banks need to maintain with the central bank and a minimum statutory liquidity ratio of 18.75% that banks need to compulsorily invest in government securities, banks have been lending out almost all the deposits.

In this scenario, it has not been possible for banks to cut the interest rates on their deposits and in the process on their loans. The weighted average term deposit rate of banks as of December 2018 was at 6.87%. By May 2019, it had fallen by two basis points to 6.85%.

Interestingly, the credit deposit ratio has fallen in July primarily because credit growth has slowed down.

What might also possibly help banks is the falling stock market. If investors move their money from stocks to fixed deposits, the deposit growth is likely to improve, and along with a falling credit growth, banks might just be pushed to cut interest rates. But a falling stock market and a further slowdown in lending is clearly not something the policymakers would want.

In 2014-2015, the net deposits raised by small savings schemes formed just 4.3% of the term deposits raised by banks. By 2018-2019, this had jumped to 11.6%. Clearly, the competition for savings has increased majorly over the last five years. This further explains the reluctance of banks to cut interest rates on their deposits and hence, their lending rates. The interest paid on many small savings schemes is around 8% or more. Investment in some of these schemes even allows for a tax deduction. Interest rates on fixed deposits, as of now, typically range around 7%.

The money collected by the small savings schemes goes into the National Small Savings Fund (NSSF). Up until a few years ago, the NSSF money was invested in government securities. Now a lot of it is lent out to public sector enterprises. Take the case of the Food Corporation of India (FCI). As of 1 April 2018, the FCI owed the NSSF ₹1.21 trillion and as of 1 April 2019, the FCI owed NSSF ₹94,000 crore. The NSSF lending money to the FCI is a recent phenomenon. It started only in 2016-2017.

How does this help the government? The FCI primarily buys rice and wheat directly from farmers. Having bought the rice and wheat it sells the grains at a very low price through the public distribution system to meet the needs of food security. The government needs to compensate the FCI for this to ensure that the organization remains a going concern. It does so through the allocation for food security made in the budget.

Let’s take the case of 2018-19. As per the revised estimate, an allocation of ₹1.71 trillion was made towards food subsidy, but with tax growth not happening as expected, an allocation of ₹1.02 trillion was made. A lower allocation towards food subsidies basically meant that the FCI wasn’t adequately compensated. In the process, the government expenditure was kept under control. Once the expenditure was in control, the fiscal deficit could also be kept in control. Fiscal deficit is the difference between what a government earns and what it spends.

The funny thing is that this has been happening for a while now. In 2018-2019, the total food subsidy that the FCI had to claim stood at ₹2.61 trillion. Given that, the allocation towards food subsidy was only ₹1.02 trillion, the FCI is likely to end up getting less than ₹1 trillion of that. This basically means that the government would continue to owe the FCI more than ₹1.60 trillion.

In order to continue to be in operation, the organization needs to borrow this money from somewhere. Of this, ₹94,000 crore has been borrowed from the NSSF. The rest of the borrowing will happen from the normal banking system. All this borrowing should technically be on the books of the government given that it owes this money to the FCI. But it is on the books of the FCI.

Not just the FCI, the NSSF has lent money to other public sector enterprises as well. Clearly, a good inflow of money into small savings schemes (which goes into the NSSF) is necessary to keep this going and help the government show a lower fiscal deficit than is the reality.

In 2019-20, the FCI expects to borrow ₹1.91 trillion from the NSSF. These borrowings can happen only because of the inflows into the NSSF, which depend on the investments made into small savings schemes. These investments benefit from the fact that they offer a higher rate of interest than fixed deposits. Hence, the higher rate of interest on small savings schemes benefits the government and helps them show a lower fiscal deficit. Given this, it is unlikely the interest rates on these schemes are likely to fall majorly, and in turn, the banks can’t reduce their interest rates either.

As economists Sajjid Z. Chinoy and Toshi Jain of JPMorgan wrote in a recent research note: “If one were to add the (fiscal deficit of the central government), and the combined deficit of the states (which have expanded sharply in recent years), off-balance-sheet borrowing (e.g. the FCI) and borrowing by all central public sector enterprises, India’s total public sector borrowing requirement (PSBR) remains above a hefty 8.5% of gross domestic product (GDP) in both 2017-18 and 2018-19. Furthermore, this is likely a lower bound, because it does not include state public sector enterprises on account of data constraints.”

So, while the total borrowing of the governments and its companies has gone up slightly over the years, the household savings needed to finance them have fallen dramatically. In this environment, expecting interest rates to fall majorly is equal to not knowing the basics of supply and demand.

Finally, when it comes to tax revenues, the government hasn’t started this year on a good note. The gross tax revenues of the government have gone up by just 1.4% between April to June 2019, in comparison to the same period last year. If this trend continues and it is likely to continue given the economic slowdown, the central government will have to borrow more, if it wants to meet the expenditure target that it has set for itself this year.

In short, lower interest rates are not just about the central bank reducing the repo rate, there are many other factors involved here. And right now, none of these factors seem to suggest that interest rates are likely to go down in a major way.