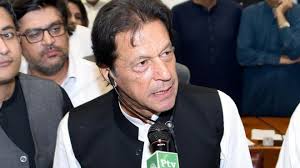 A day after Parliament ratified the government’s decision to end the special status of Jammu and Kashmir and bifurcate the state into two Union Territories, Pakistan Wednesday announced it was downgrading diplomatic relations with India, and asked Delhi to withdraw its High Commissioner from Islamabad. Pakistan also said it would not be sending its High Commissioner-designate to India.Advertising

Delhi chose not to respond Wednesday with sources indicating that it did not want to fall for what it considers a bait, and a desperate bid by Islamabad to internationalise the issue. India considers its move against Article 370 as an internal matter, and this has been conveyed to the global community.

Islamabad also announced suspension of bilateral trade with India, review of bilateral arrangements, approaching the United Nations, while declaring that it would observe August 14, its independence day, as a Black Day. Sources told The Indian Express that Pakistan’s Foreign Secretary Sohail Mahmood called Indian High Commissioner Ajay Bisaria and conveyed the decision of the Pakistan government.

Pakistan’s new High Commissioner Moin-ul-Haq was expected to leave for India this month to take charge, but that has been put off.

The last time India withdrew its envoy was in December 2001 following the terror attack on Parliament House. High Commissioner Vijay Nambiar was recalled, and Pakistan followed suit by withdrawing High Commissioner Ashraf Jehangir Qazi. The Deputy High Commissioners of both countries held charge for more than a year.

On Wednesday, the Pakistan NCS called India’s move to revoke Article 370 as “unilateral and illegal” and Imran Khan directed the country’s armed forces to continue vigilance.

Sources said the suspension of bilateral trade will have minimal impact since there is very little trade between the two countries. The official bilateral trade is worth $2 billion, although informal trade takes place via Dubai and other Middle-East countries and is estimated to be $6 billion.

According to a recent report by ICRIER, official bilateral trade peaked to about $ 2.5 billion, but fell again after the Uri terror attack, recovered a little only to slump again following the 200 per cent duty imposed on imports from Pakistan after the Pulwama attack. India withdrew the MFN status in February this year after the Pulwama attack. The two countries have cross-LoC trade which may get impacted due to Islamabad’s decision, in effect impacting the people of Kashmir.

On the review of bilateral arrangements, India and Pakistan have the Indus Water Treaty which has survived three wars and tense situations since the 1960s. Being the upper riparian state, India in recent years has said that it will use the unutilised water flowing to Pakistan.

The two sides also have bilateral arrangements like notification of nuclear installations and exchange of list of prisoners which take place twice every year. These will be reviewed by a special committee comprising Pakistan’s Foreign Minister, Foreign Secretary and the Army chief among others. Sources said Delhi will closely watch the actions taken by Pakistan to review these arrangements, and respond accordingly. “While Pakistan had reached out to the OIC, two members have supported us. We will see how this plays out,” the source said.

Maldives became the second OIC country after the UAE to come out in support of India’s Kashmir move, calling it an “internal matter”. The Maldives Foreign Ministry said, “We believe it is the right of every sovereign nation to amend their laws as required.”

Asked if the Secretary General has received a letter from Pakistan Foreign Minister Shah Mehmood Qureshi on the issue, Dujarric said he is aware of the press reports that the letter has been sent to the UN chief. “As of a short while ago, we were not able to confirm that the letter had actually been received. Obviously, once it is, it will be looked at and studied and acknowledged.”