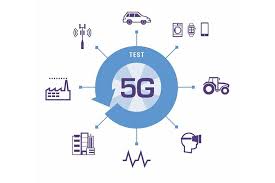 The home ministry is soon expected to take a call regarding participation of Chinese telecom firm Huawei in 5G rollouts in the country.

According to sources, a committee that was formed under the principle scientific advisor to look into the issue has submitted its report after consultations with various ministries. The sources added that although the committee has not specifically recommended banning of Huawei and other Chinese players but proposed that specific checks should be in place to guard the country’s cyber security.

On its part, Huawei has proposed to sign no backdoor agreements with the government and also assured to provide access for audit and checks of its equipment. “We have submitted our response regarding technical aspects related to Huawei. But as the issue is around security, home ministry is going to take a call. We are waiting for their response,” a source in the department of telecommunications (DoT) said.

Another source added that apart from security, other geo-political issues will be taken into account before deciding the Huawei matter. The DoT has already released guidelines for 5G trials in the country and is calling for applications from firms which want to participate.

Indian entities involved in research and development (R&D), manufacturing, telecom operators and academia for the purpose of R&D and experimentation can get licence for a period of up to two years. Indian operators can partner network providers like Huawei, Nokia, Samsung, Ericsson for doing the trials. However, participation of Huawei depends on the decision of home ministry.

Recently, there have been reports about China threatening India of consequences in case the country decides to bar Huawei.