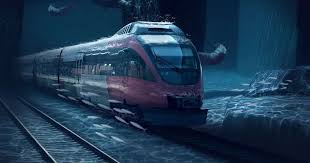 Commuters in the City of Joy will soon be able to travel through India’s first underwater metro. Today, Union Railway Minister Piyush Goyal took to Twitter to announce that the metro will be built under Kolkata’s Hooghly river.

“India’s first underwater train will soon start running under the Hooghly River in Kolkata. This train is an example of excellent engineering of India and an evidence of the progress of Indian railways,” reads Goyal’s tweet when translated from Hindi. “This service will ensure comfortable transportation for Kolkata residents, and will also make the country proud,” he further added.

Along with the caption, Goyal also shared a video that talks about the engineering associated with the construction of the underwater metro tunnels.

Shared just a few hours ago, the post has amassed more than over 6,000 ‘likes’ and 1,400 retweets. The video, accompanying the tweet, has also gathered about 28,000 views.

People showered all kinds of comments on the post. “You are doing marvelous job. Congratulations,” wrote a Twitter user. “Thanks a lot for a great progress of Indian railway,” tweeted another. “It’s amazing. India’s 1st water underground train,” rejoiced a third.

The project, which is about 16.6 km long, connects Howrah to the west and Salt Lake to the east. Out of the entire length, 10.8 km runs under the ground. It’s 502 meters of this 10.8 km that will run under the Hooghly river.