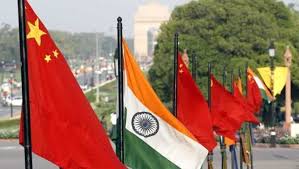 Pakistan on Friday pitched for China’s help in challenging India in the aftermath of New Delhi’s decision to revoke Jammu and Kashmir’s special status, saying it believes Beijing will do “justice” on the Kashmir issue.
In response, China said it was “seriously concerned” about recent “tensions” in Kashmir but referred to the UN charters, security council agreements and “bilateral agreement” – without naming the Simla Agreement — as means to resolve the dispute.

Pakistan’s foreign minister Shah Mahmood Qureshi flew to Beijing on Friday to meet counterpart Wang Yi for a visit described by the Chinese foreign ministry as a “urgent”.

Qureshi’s visit comes soon after Pakistan downgraded bilateral ties with India and suspended trade as a response to the BJP-led government’s decision to revoke J&K’s special status and bifurcate the state into two union territories – J&K and Ladakh.

In a statement released by the Chinese foreign ministry on Friday night, it quoted Qureshi as briefing Beijing about “…on Pakistan’s observations, position and measures in response to the latest development of the situation in Kashmir.”

“Qureshi said that China is Pakistan’s friend that has long been trusted, and that friendship between Pakistan and China is rock solid. He believes China will stand up for justice on the Kashmir issue,” the Chinese foreign ministry statement said.

Foreign minister Wang’s response conveyed both — concern about the “latest escalation in Kashmir” and that it expected India and Pakistan to prevent any further escalation through available means for resolution.

“Wang Yi noted that China is seriously concerned about the latest escalation of tensions in Kashmir. The Kashmir issue is a dispute left from the colonial history. It should be properly and peacefully resolved based on the UN Charter, relevant UN Security Council resolutions and bilateral agreement,” the foreign ministry statement said.

Wang added that China believes that unilateral actions that will complicate the situation should not be taken.

Wang then mentioned India – and Pakistan – as China’s friendly neighbours.

“Wang Yi also noted that Pakistan and India are both China’s friendly neighbors and major developing countries that are in a crucial stage of development,” he was quoted as saying.

“We call on the two sides to proceed from their national development and peace in South Asia, properly resolve historical grievances, get rid of the zero-sum mindset, avoid unilateral action and seek a new path to peaceful coexistence,” Wang added.

“Pakistan will continue to resolutely support China’s just position on issues concerning China’s core interests. The Pakistani side will continue to advance Pakistan-China all-weather strategic cooperative partnership,” he was quoted as saying.

Earlier on Friday, China said India and Pakistan should resolve disputes through dialogue, a second round of advice from China since India announced the decisions regarding J&K.

Responding to questions about Pakistan’s decision to downgrade ties with India and suspend trade, the Chinese foreign ministry had said earlier on Friday that it had noted the relevant statement by Pakistan.

“We call on Pakistan and India to resolve disputes through dialogue and negotiation and jointly uphold regional peace and stability,” it said in a written response circulated to the media here.

“The pressing priority is that the relevant party should stop unilaterally changing the status quo and avoid escalation of tension,” China said without directly referring to India’s decision to revoke article 370.

It would be the former ambassador to China’s first visit to Beijing after taking over as minister.

The visit assumes added significance because of the rapid developments in J&K.

Jaishankar and Wang will hold the 2nd India-China People-to-People exchange mechanism and address the 4th India-China Media Summit Forum on August 12 in Beijing.