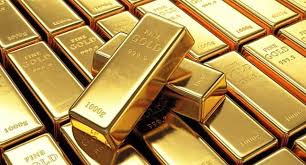 In global markets, gold prices stayed above the psychological $1,500 level, with spot gold up 0.5% at $1,503.66. Safe-haven demand for gold increased on concerns over slowing global economic growth as the trade war between Washington and Beijing dragged on.

Last week, US President Donald Trump said on Friday he was not ready to make a deal with China, putting the September round of trade talks into jeopardy. Global equity markets struggled on worries that a prolonged US-China trade war and damaging Brexit could tip top economies into recession.

Gold traders will be eyeing Federal Reserve’s annual symposium at Jackson Hole later in the week.

Despite the sharp rise in gold prices this year, analysts from Goldman to Citi to Bank of America Merrill Lynch still remain bullish on the the precious metal.

Vinod Nair, head of research at Geojit Financial Services, said that there are fears that global slowdown can get extended to CY2020 given uncertainty about US-China trade agreement, BREXIT and geo-political issues. “As a result, equity is loosening its attractiveness as an investment class and funds are shifting to haven assets like bonds and gold,” he added. (With Agency Inputs)