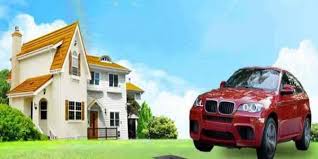 The Monetary Policy Committee (MPC) of the Reserve Bank of India (RBI) in its third bi-monthly Monetary Policy Statement for 2019-20 cut the repo rate by 0.35 per cent on Wednesday. This is the fourth rate cut announced in 2019 after which the repo rate now stands at 5.40 per cent.
The RBI had already cut the rate by 75 basis points in the calendar year 2019 and hence taking today’s rate cut into account, the repo rate is down by 1.10 per cent since January 2019.
However, unless small savings interest rate fall and thereby banks reduce their fixed deposit interest rates, the pressure on the banks to reduce their lending rates by a sizeable margin will remain. It remains to be seen by when the home loan and car loan borrowers start to rejoice.
Shanti Ekambaram, President, Consumer Banking, Kotak Mahindra Bank, earlier said, “It will be important to study the policy narrative to get a direction of likely future action by the RBI, liquidity measures, any other structural changes etc. Suffice it to say that inflation will be the central theme balanced with the need to boost growth.”
Even before the announcements, ASSOCHAM expected the Reserve Bank of India to cut the benchmark policy Repo rate by 50 basis points or more, in the wake of a realistic assessment of the state of economy which needs an immediate demand push and investment support by way of reduced cost of borrowing. ASSOCHAM stated that it is the ideal time for a rate cut by a significant way as inflation is below the RBI target of 4 per cent and the gap between the nominal and real interest rates is quite high, while the credit off-take remains slow.

Repo rate is the rate of interest at which the banks borrow money from the RBI. As and when the RBI cuts the repo rate, there is money available with banks at a lesser cost and this, in turn, helps keep the lending rates low. A measure of bank’s cost of fund is MCLR( Marginal Cost of Funds based Lending Rate).

In simple terms ( with other factors constant), a repo rate cut by RBI will mean MCLR of bank falling which in turn leads to low home loan interest rate and vice versa.

Since April 2016, all loans sanctioned by banks including car loans and home loans are linked to the bank’s MCLR. A lower MCLR will effectively mean a lower interest rate and, thereby, a low-interest burden, other factors remaining constant. A cut in bank’s MCLR benefits all car loan and home loans borrowers.

“This rate cut will have a direct impact on the real estate sector, provided the banks, in turn, transmit the same by a corresponding reduction in lending rates to those seeking home loans,” says Ramesh Nair, CEO & Country Head, JLL India.

With cost of funds coming down for the banks, the lending rate of interest is expected to fall further. This will stand to benefit both existing and new borrowers as their EMI will be lower and interest burden will also come down. What remains to be seen is how effective is the transmission of the rate cut by the banks to their borrowers. As seen in the past, banks pass on the benefit with a time lag while increases the lending rate in no time, as and when RBI ups the repo rate.

Much earlier, the RBI had proposed that all new floating rate personal or retail loans (housing, auto, etc.) extended by banks from April 1, 2019, is to be bench marked to an external benchmark such as repo rate, T-bill yied etc. Taking a cue, the country’s largest lender, State Bank of India linked the interest rates on savings deposits above Rs 1 lakh and short-term loans to Reserve Bank of India’s repo rate. The move was seen as an attempt to align lending rates to policy rates. However, even in this new mode, the lending is still linked to an internal benchmark. Lastly, RBI came out with a statement that further consultation with the stakeholders is required and hence the approach to link lending rates to an external benchmark was put in abeyance.

New home loan borrowers can now start exploring home loan options with the banks. Do not merely look at the bank’s MCLR but know the actual home loan interest rate before finalizing the deal. Bank’s are allowed to charge a Mark-Up on the MCLR before disbursing the loan. Finally, make a pre-payment to repay the home loan as soon as possible and own your home with 100 per cent equity of your own.