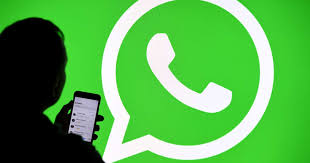 One of WhatsApp’s most awaited features, fingerprint authentication, is finally rolling out to Android users. The feature is currently available to those who have registered in WhatsApp’s beta programme for Android.

Fingerprint authentication has been around on the platform since last year to iOS users. This is the first time the feature has made its way to a stable WhatsApp beta build for Android.

If you’re already a beta tester for WhatsApp, you can activate the functionality by tapping on the hamburger menu (three dots on the top right corner) and then selecting

Settings>Account>Privacy>Fingerprint lock. You can then select how frequently you want WhatsApp to prompt you to use your biometrics to unlock the app.

With this feature, WhatsApp users would only be able to unlock WhatsApp and resume the app from where they left it. It doesn’t allow locking individual chats for now.

There’s also an option to ‘Show content in notifications’ that will allow users to hide or show the preview and sender of a received message when the lock is enabled.

If you disable this option, you would be able to reply to messages from the notification bar and even accept or decline WhatsApp calls without having to punch in your biometrics.

The feature is compatible with phones running Android Marshmallow or higher, and those that feature a fingerprint scanner. The feature doesn’t support facial recognition.

We have, however, observed that some smartphones with in-display fingerprint scanner haven’t received the update, even after updating and re-installing the app. We verified this with Samsung Galaxy S10+ and OnePlus 7 Pro users.

Now that the feature is in open beta, we can expect it to be made available in the stable build of the app soon.