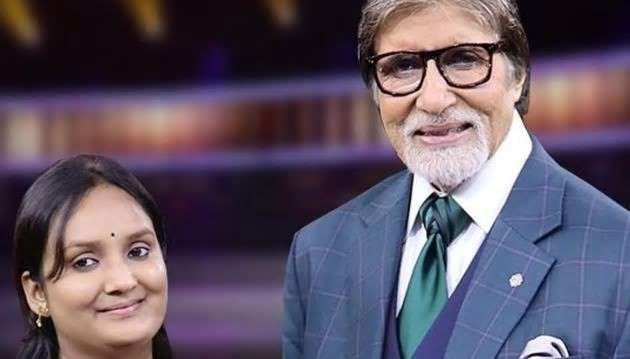 Charna had already used all her lifelines and chose to not attempt the Rs 1 crore question, in order to not lose her existing price money. The question read out by Amitabh was, “In 1944, the Battle of Kanglatongbi was fought near which present day Indian state capital?”

While Charna decided to not attempt the show, Amitabh asked her about her probable answer, had she not quit the game. Unfortunately, Charna’s answer was indeed the right answer. Imphal is the capital of Manipur, near which the battle was fought in 1944. However, she eventually received the Rs 50 lakh cheque from the celebrity host who repeatedly said, “Well played!”

Amitabh returned with the 11th season of the show this month. The game show has been keeping the viewers hooked with its interesting concept and its permanent host. Amitabh had recently touched the feet of a guest, social activist Sindhutai upon her arrival, despite being older to her. Kaun Banega Crorepati season 11 premiered on Monday, August 19 and tests contestants’ general knowledge with a series of increasingly difficult questions to win the maximum prize money of Rs 7 crore.

Talking about how Amitabh Bachchan brings much more energy to the show every season, director Arun Sheshkumar had told Mid-Day in an interview “Every year, Mr Bachchan becomes younger. He becomes like a kid on set. He tells us, ‘Chalo, aaj kya naya karna hai?’ He enjoys the process as the kid in him is very much alive. For us, it becomes more challenging to bring in the novelty. He treats himself as part of the show, and not as a superstar. There is no one on the set who can say that Mr Bachchan did not wave out to him.”

He had also revealed that a buggy camera has become the actor’s favourite toy as it follows him around the sets.