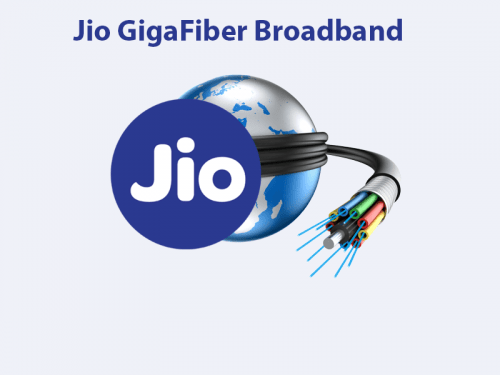 Three years after elbowing into the Indian wireless phone market with free calls and data, billionaire Mukesh Ambani is back at it.

This time, Asia’s richest man is handing out TVs to hook users on movies and entertainment shows via internet. He’s seeking to tap a burgeoning business in the world’s second-most populous country where companies from mobile carriers to Netflix Inc. and Amazon.com Inc. are butting heads to offer content.

Ambani’s JioFiber broadband service, scheduled to start Thursday across India, comes with a high-definition television and set-top boxes at no charge for annual lifetime subscribers. The offer by Reliance Jio Infocomm Ltd., the tycoon’s wireless powerhouse, includes subscriptions to most premium streaming services with prices starting from 700 rupees (about $10) a month.

India’s video-on-demand market could grow to $5 billion by 2023 from $500 million last year, according to researcher Boston Consulting Group. The potential for growth is fueling intense competition among Bollywood production houses, carriers and streaming services. Paying subscribers will probably rise to as many as 50 million, while users of advertising-supported video-on-demand will reach 600 million, BCG predicts.

The expansion of the services with the fiber broadband network by Reliance Jio is also part of Ambani’s ambitions to dominate the Indian consumer market as he pivots from energy and petrochemicals to build an e-commerce business rivaling Amazon.com.

So far, the telecommunications company has relied on alliances with TV and film producers to provide content for its service bundles. JioFiber will also include movies that can be seen by subscribers on the same day they debut in cinemas, Ambani said in a speech laying out the plan on Aug. 12. That part of the service won’t start until the middle of next year, he said.

JioFiber, which Ambani said is being offered at “less than one-tenth the global rates,” can also disrupt the so-called over-the-top, or OTT players — those who stream media via internet like Netflix — if Jio produces its own content and signs up the best talent for that, Kapoor said.

Airtel, the brand name for Mittal’s carrier, may take the most direct competitive hit from JioFiber because, along with content bundles for its mobile services, it is one of the country’s largest TV service providers. The company’s digital TV segment accounted for about 12% of earnings for the year ended March, data compiled by Bloomberg show.

In a possible attempt to get ahead of JioFiber’s formal introduction, Airtel on Tuesday unveiled upgraded versions of its set-top box and the Airtel Xstream Stick, a USB device that allows an ordinary television to access OTT applications like Netflix, Amazon Prime Video and YouTube, along with Airtel’s other content offerings.

Satellite providers such as Tata Sky Ltd. and Dish TV India Ltd. as well as cinema chains also face competition from Jio, which will offer fiber TV in bundles with its mobile services and free landline calling.

Shares of Dish TV have dropped 8.2% since Ambani unveiled the plans, compared with a 2.3% decline in the benchmark S&P BSE Sensex index. INOX Leisure Ltd., a movie-hall chain, has slid 7.2%.