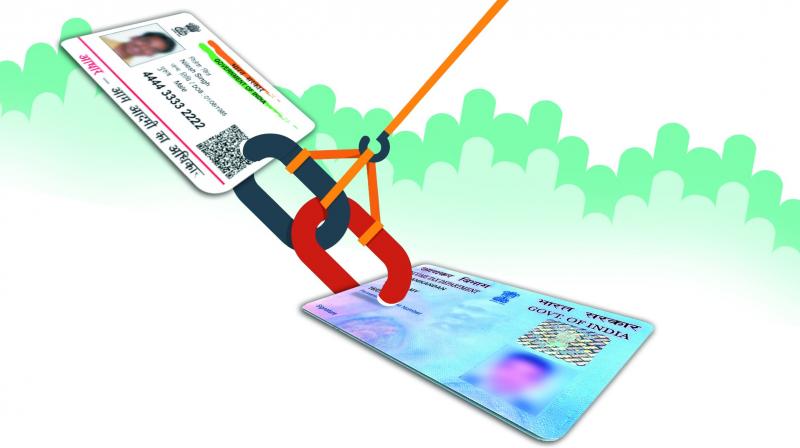 If you haven’t yet linked your PAN (Permanent Account Number) card with Aadhaar card, then you have time only till September 30. The Income Tax department has made it mandatory to link Aadhaar with PAN without which the latter might be declared invalid by the tax department.

According to a notification issued by the finance ministry on March 31, every person who has been allotted a PAN and who is eligible to get an Aadhaar number will have to link the two. Earlier this year, the Supreme Court had also upheld the section 139AA of the Income Tax Act making the PAN-Aadhaar linkage mandatory.

With effect from this April, it is already mandatory to quote Aadhaar number while filing income tax returns (ITR).

With PAN and Aadhaar becoming interchangeable, those who do not have PAN can file ITR by quoting their Aadhaar number and also use it wherever they are required to quote PAN. The income tax department has said it will auto-issue PAN cards in all such cases.

The best way to link PAN with Aadhaar is to do it on the income tax departmemt’s e-filing website. On the left side column under ‘Quick Links’, click on ‘Link Aadhaar’.

Here you are supposed to share your PAN, Aadhaar and name following which an OTP will be generated to complete the PAN-Aadhaar linking.

The tax department will validate your name, date of birth and gender as per PAN against your Aadhaar details.

In cases where the name on the Aadhaar card is completely different from the one mentioned in PAN card, then the linkage is likely to fail and the individual will have to change their name in either of the two databases or personally visit a PAN application center of NSDL or UTIITSL for biometric Aadhaar authentication.

How to check PAN-Aadhaar linking status:

The income tax website also allows you to check whether your Aadhaar is linked to PAN, just in case you are not sure about the status.

All you need to give is your PAN and Aadhaar and the website will tell you whether the two are linked or not.