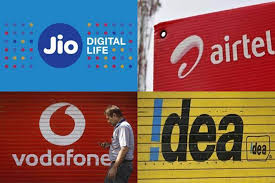 Reliance Jio continued its onward march in July adding the highest number of subscribers during the month, while the other major market players, Airtel and Vodafone Idea eroded their subscriber base.

Jio added 85.39 lakh customers in July to take its total subscriber base to 33.97 crore, data released by the Telecom Regulatory Authority of India (TRAI) said on Wednesday.

Vodafone Idea, the largest telecom operator in terms of subscribers and revenue, lost 33.90 lakh subscribers and its total tally at the end of July stood at just over 38 crore.

Bharti Airtel lost 25.8 lakh subscription to pull its subscriber base down to 32.85 crore, the data showed.

State-run BSNL, however, added 2.88 lakh users in July, taking its total base to 11.64 crore. Total number of wireless subscribers stood at 116.83 crore with a net addition of 28.53 lakh users, the TRAI data showed.

Monthly growth rates of urban and rural wireless subscription were 0.40 per cent and 0.05 per cent respectively.