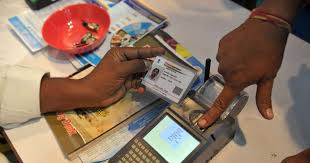 Under a new set of rules for making e-nomination of your provident fund account, the Employees’ Provident Fund Organisation (EPFO) has made it mandatory to submit Aadhaar card number of all your nominees.

“Aadhaar of all the family members in nomination is mandatory,” said a notification issued by the EPFO recently.

The EPFO has started a new e-nomination functionality on its website but to do that you not only need your EPF account to be linked to Aadhaar but also submit Aadhaar card number of your nominee/s.

Besides Aadhaar, it is also compulsory to submit scanned images of all your nominee/s and their date of birth and mobile number. There is also a provision to submit bank account details of the nominee but that is optional.

The e-nomination facility is available only for those whose UAN (Universal Account Number) is linked to Aadhaar.

The notification issued by Regional Provident Fund Commissioner V. Ranganath said some modifications have been made in order to make this functionality compatible with the pension claim form and nominee claim form.

Form 10D is used to claim monthly pension under the Employees’ Pension Scheme while composite claim Form 10D/20/51F is used by nominees to make a claim after the death of EPF account holder.

The notification also said a readily available nomination in the system enables a member to easily file online pension claim and in case of death of the account holder, his or her nominee will be able to file online claim based on OTP on his or her Aadhaar linked mobile.

Under the new e-nomination facility at the EPFO portal, you can provide details of all your family members if they have Aadhaar cards.

Once this process is complete, you wil be asked to e-sign using your virtual Aadhaar id, that can be generated online on UIDAI portal.

You are also required to take a printout of the PDF file generated and submit it to the employer after signing it.