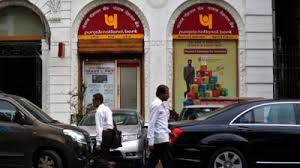 The nationwide two-day strike called by four public sector bank unions has been deferred indefinitely. A statement to this effect was issued by the unions after their representatives met Union Finance Secretary Rajiv Kumar in New Delhi on Monday.

Following their meeting with the Finance Secretary, the union leaders stated that the government has agreed to form a committee to look into the concerns raised by them.

on a two-day strike on September 26 and 27 to protest against the consolidation of 10 state-run banks into four. The unions had also demanded a revision in the employees’ wages as well as a hike in their pensions.

On August 30, as part of measures to revive the flagging economy, Finance Minister Nirmala Sitharaman had announced a series of mergers among public sector banks to create financially sound and globally competitive lenders. The government has promised that there will be no retrenchment during or after the process of meger.