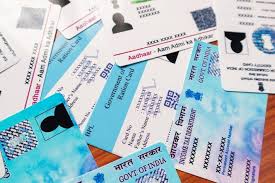 Speaking on the occasion of laying the foundation for a new office building for the Registrar General of India and Census Commissioner in New Delhi, Home Minister Amit Shah spoke about the potential of using the upcoming 2021 Census data for future planning, development initiatives and welfare schemes.

Amit Shah said the fact that this would be the first Census where data would be collected digitally would have wide-ranging ramifications and uses. For instance, “can’t we link the registration of birth and death with the country’s voter list,” he said. This way, he argued, no one would have to apply for a voter card when they reach the voting age – it would happen on its own. Similarly, if someone dies, the voter list would be updated on its own.

The Home Minister clarified that although there was no such scheme in the offing, it was possible to get rid of excess processes and cards such as the Aadhaar card, the voter card, the identity card etc. He further argued that if this Census was done properly and in the right format, it was possible that there could be just one single card in which all the other cards could reside. In other words, a single card that has your bank card, voter id card, Aadhaar card, and passport. Amit Shah said the forthcoming digital Census will form the base for bringing all these strands together.

For any observer, however, the Home Minister’s suggestion resembles the so-called Multipurpose National Identity Card (MPNIC) that was first suggested by a 2001 report on “Reforming the National Security System” by an empowered Group of Ministers during the Atal Bihari Vajpayee government. The eGOM report itself was a response to the K Subrahmanyam-led Kargil Review Committee, which was instituted in the wake of the Kargil conflict of 1999.

“Illegal migration has assumed serious proportions. There should be compulsory registration of citizens and non-citizens living in India. This will facilitate the preparation of a national register of citizens. All citizens should be given a Multi-Purpose National Identity Card (MPNIC) and non-citizens should be issued identity cards of a different colour and design. This should be introduced initially in the border districts or maybe in a 20 Kms border belt and extended to the hinterland progressively.”

“The Central Government should meet the full cost of the identity card scheme. Many people from the neighbouring countries (……………………..)* are tempted to cross over to India in search of better job opportunities. In order to prevent illegal migration in future, a `Work Permit for Foreigners` scheme may be introduced, (……………………………………………….).* A proposal for the introduction of multi-purpose identity cards to all citizens and compulsory registration of nationals and non-nationals in the country is already under the consideration of the Central Government.” (Parts marked * are security deletions by the government)

Are we seeing the reprise of the MPNIC?

It is difficult to surmise if MPNIC exactly is being reprised. For one, Home Minister Amit Shah has clarified that there is no specific scheme that is in the offing. But the government would want to link various databases if it intends to create a card that works as a single point of access to various accounts held by an individual.

Moreover, technology has taken a giant leap since the MPNIC was first proposed in 2001. A good example of that is the existence of the Aadhaar database, which now has almost all residents of India on it.

Lastly, according to media reports, the government is expected to launch the National Intelligence Grid (NATGRID) by the start of 2020. The Natgrid would reportedly be used by 10 agencies such as Intelligence Bureau (IB), Research & Analysis Wing (R&AW), Central Bureau of Investigation (CBI), and Enforcement Directorate (ED) among others, to scour data real-time from 21 databases such as airline travel, credit card transactions etc with the aim to track and prevent terror and illegal immigration activities.

The existence of the Natgrid would obviate the original need of MPNIC – that of tracking terror suspects and illegal immigrants.