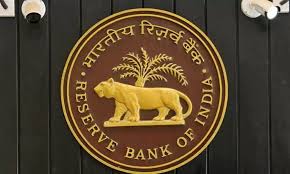 After slashing repo rate four times in a row this year to revive growth and investments, the Monetary Policy Committee (MPC) of the Reserve Bank is likely to go for another cut fifth in calendar year 2019 on October 4 to give a big boost to the growth.

With inflation under control and growth rate declining, the RBI reduced the repo rate four times by 110 basis points (bps) to 5.40 per cent in 2019, with the last cut being an unconventional 35-bp reduction on August 7. On September 19, RBI Governor Shaktikanta Das hinted there could be more reduction in the rate in the near

However, there’s a possibility the MPC may not go for aggressive rate cut as the RBI has to take into account higher government borrowings and the fiscal position, especially after the Centre announced sops to revive the sagging economy. That said, the global and local context is weak enough to argue yet for some (though not substantial) incremental role for monetary easing. This is especially true

because Das does not appear to be as large a fiscal hawk currently. He welcomed the bold steps — like corporate tax cut — from the government, after observing one day prior that fiscal space seemed limited.

“We would hence look for monetary ‘teasing’ incrementally, as opposed to ‘easing’ that we were expecting before and would expect the repo rate to bottom out in the 5 to 5.25 per cent area. The one caveat to this view is of further global growth deterioration which would then open up room for further easing,” said Suyash Choudhary, head–fixed income, IDFC AMC. The RBI is pushing for for transmission of rate cut benefits to the customers, with its latest directive to link certain loans and deposits to a benchmark rate like the repo rate.

“We grow more confident of our call that lending rates will come off by 50 bps by March as the RBI and MoF continue with measures to bring relief to retail and small industries from 2018’s liquidity crunch. We continue to expect the RBI committee to cut by 35 bps on October 4. But we do not rule out the possibility of a 50-bp cut,” said a BofAML Global Research report.

Merrill Lynch said its base case has the MPC cutting 35 bps on October 4 and 15 bps in December, pausing as inflation rises on base effects, and if global growth slows, cutting a further 40 bps to a 4.5 per cent repo rate by September 2020. “However, we think there is a rising possibility for a 50-bp cut on October 4, with our BofAML India Activity still pointing to a slowdown for another quarter. Our US economists are expecting another 50-bp Fed cut by December,” it said.

Das’ September 19 comments came at a time when the first quarter GDP growth slowed to a six-year low of 5 per cent and August’s exports showed degrowth for the first time. Many sectors, including auto, have seen a demand slowdown, prompting the Centre to step in with measures to tackle the slowdown.