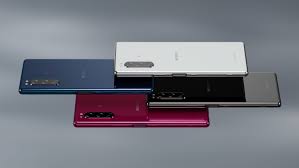 Samsung started testing Qualcomm’s upcoming Snapdragon 865 processor on the Samsung Galaxy S11 back in August, and now Sony is getting in on the action.

According to Japanese outlet AndroPlus, Sony is experimenting with a new smartphone powered by a mysterious Qualcomm processor bearing the model number SM8250, which is widely believed to be associated with the Snapdragon 865.

However, it’s unclear which rumoured variant the handset is toting – the one with a 5G modem or the one without.

Aside from the fact it will ship with a Qualcomm Snapdragon 865 under the hood, absolutely nothing is known about Sony’s next leading handset.

We haven’t even caught wind of what it will be called. Although, if we had to hazard a guess, we’d say it’ll be the Sony Xperia 6 – succeeding the current Sony Xperia 5.

Typically, Sony launches a new flagship smartphone at Mobile World Congress (MWC) in Barcelona in February. If it sticks to that same schedule this time around, we shouldn’t have too much longer to wait.

MWC 2020 is scheduled to take kick off on February 24 and will run through February 27.

Samsung is expected to take the wraps off the Samsung Galaxy S11 a short while before, with rumour-spinners saying the launch could take place on the 20th – the same date it announced the Galaxy S10 this year.