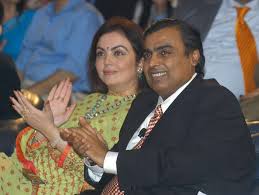 For the first time ever, Reliance Jio will charge its subscribers for voice calls. The Mukesh Ambani-led telecom company said that its customers will have to pay 6 paise per minute for voice calls to other rival networks. However, Jio has promised to provide free data of equal value to offset the burden on its consumers.

Jio has decided to charge its users for outgoing calls to offload the pressure of interconnect usage charge (IUC) rates set by the Telecom Regulatory Authority of India (TRAI). The company claimed that it has paid Rs 13,500 crore to other operators as IUC charges over the past three years. Since it did not charge its customers for voice calls, the company had to bear this entire expense.

“So, for all recharges done by Jio customers starting today, calls made to other mobile operators will be charged at the prevailing IUC rate of 6 paise per minute through IUC top-up vouchers till such time that TRAI moves to Zero termination charge regime. Presently, this date is January 1, 2020,” Jio said in a statement on Wednesday.

Jio post-paid connections will also have to pay the 6 paise per minute charge for outgoing calls. The free data they are entitled to in one recharge cycle will be increased in lieu of the additional charges. The charges will not apply on outgoing calls to other Jio numbers, landline connections, or calls via WhatsApp, FaceTime or similar applications. Incoming calls to Jio will continue to be free of charge.

“In the meanwhile, consumers can continue to enjoy the additional data entitlement in lieu of the IUC top-up vouchers so that there is no effective tariff increase till December 31, 2019,” Jio said.

Additionally, Jio said that it will ensure priority allocation of the JioPhone via Reliance Retail stores to 2G users frequently called by its consumers.

Also watch: Now, you’ve got only 25 seconds to answer your phone call!