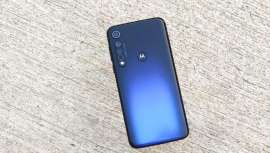 Motorola has had a few rough years with its popular G series phones in India but the Lenovo-owned brand is back in 2019 to challenge Xiaomi, Realme and Nokia with the Moto G8 Plus.

The Moto G8 Plus is the successor to the Moto G7 that was launched earlier this year and is aimed at consumers looking for a great and unique camera experience. The Moto G8 Plus comes only in one variant and is priced at Rs 13,999, with sales going on from the end of October.

The Moto G8 Plus, as the name suggests, is the flagship offering in the Moto G8 series and offers the best of what Motorola has to offer for India.

Similar to previous Moto G models, the G8 Plus aims at offering a great camera experience along with a clean stock Android experience for customers. India is only getting the Moto G8 Plus in a single variant with 4GB RAM and 64GB storage, with the latter being expandable up to 512GB.

Motorola will start selling the G8 Plus on Flipkart from the end of October. Motorola is currently offering the G8 Plus in two gradient colour finishes: Cosmic Blue and Crystal Pink.

So what’s the Moto G8 Plus made of?

After a long time, Motorola has hit the sweet spot with the G series when it comes to specifications. The Moto G8 Plus gets the relatively new Snapdragon 665 chipset that’s paired with 4GB RAM and 64GB storage. As with all Motorola phones, the G8 Plus runs on a stock build of Android 9 Pie, which should offer smooth and fast performance as well as faster Android updates. Despite the UI being stock, the G8 Plus gets the classic Moto Experiences such as Glance screen, Moto Gestures and more.

The Moto G8 Plus is possibly the only phone under Rs 15,000 to get a stereo speaker setup that’s been tuned by Dolby. Motorola has stuffed in a 6.3-inch Full HD+ IPS LCD display with narrow bezels. The display has a waterdrop notch on the top that holds a 25-megapixel selfie camera.

Motorola has worked on the cameras a lot and it borrows the best bits from the existing Moto One series phones. For the rear camera, the Moto G8 Plus gets a 48-megapixel quad-pixel camera with F1.7 lens as the main unit (uses the Samsung sensor).

The second camera is a 16-megapixel Action Camera with the sensor mounted 90-degrees off-axis for aiding recording in a vertical orientation. The third camera is a 5-megapixel depth sensor accompanied by laser autofocus. The G8 Plus gets the Night Mode from the One Action.

To keep the phone alive, Motorola is using a 4000mAh battery with support for 15W TurboPower fast charging. Motorola claims a backup of 2 days under moderate usage on a full charge.