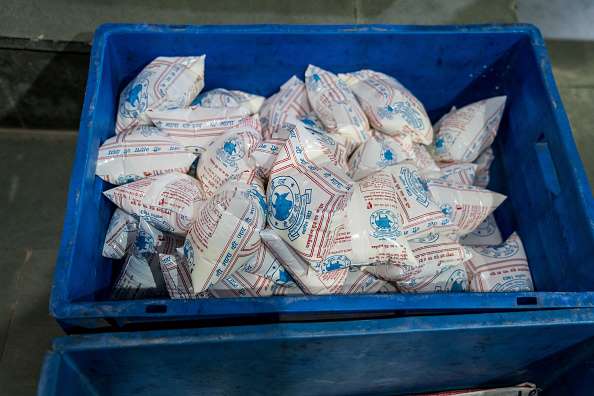 Dairies in Maharashtra have decided to increase the selling price of pouched milk by Rs 2 per litre from Monday. Now, packaged milk, which was being sold at Rs 42-44 a litre, will be charged at Rs 44-46.

The decision to increase the minimum retail price of milk was taken in a meeting of the Dairy Farmers and Processors Welfare Association (an umbrella body of private and cooperative dairies in the state) in Pune on Saturday.

Dasarath Mane, chairman and managing director of the Indapur Dairy and Milk Products, the proprietor of brand Sonai, said the price rise was in response to the shortage in milk production in the state. “The double whammy of drought and flash floods have taken a toll on milk production. Dairies are forced to increase the selling price of milk in view of the increased cost of production and 10-15 per cent dip in milk production,” Mane said.

The decision comes almost on the same day when both Amul, the Gujarat Cooperative Milk Marketing Federation, and Mother Dairy, the apex cooperative dairy in the country, also announced a similar Rs 2 per liter increase in their selling prices.

The scarcity comes at a time when dairies normally report increased milk production or flush season. Post bountiful rainfall, animals start producing more milk from September and this trend continues till March. As summer sets after March, dairies report a lean period, decline in milk production. Dairies generally increase the procurement price of milk during the lean period while the reverse is done during the period of flush.

Industry insiders say this is mostly due to the combined effect of the drought, flash floods and heavy rain witnessed this monsoon.

During drought, farmers tend to cut down on feed and supplements on non-productive animals like pregnant animals, heifers, animals not in milk etc and preserve the same for animals producing milk. This deficient feeding comes with a lag effect and thus overall milk production is hit.

At present, dairies are buying milk with 3.5 per cent fat and 8.5 per cent Solid Not Fat (SNF) at Rs 29-30 per liter with some of the dairy owners not ruling out a further increase in procurement price. Mane said there was no need of imports as the flush period is expected to start in January.