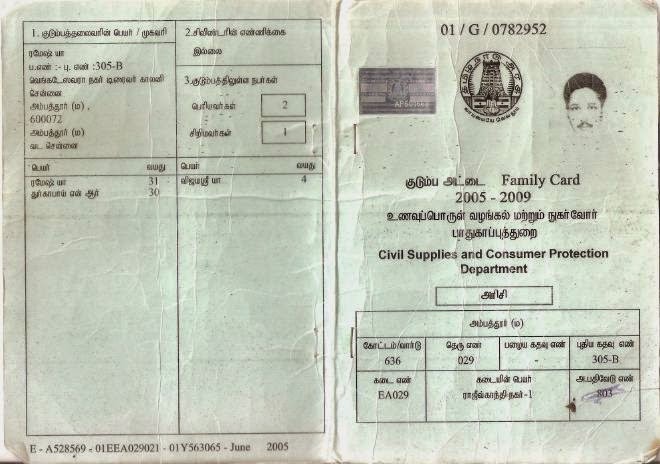 New Delhi: The Centre has designed a standard format for ration cards as it moves ahead with ‘one nation, one ration card’ initiative and has asked state governments to follow the pattern while issuing fresh ration cards.

Currently, the central government’s ambitious initiative is being implemented on a pilot basis in a cluster of six states. It wants to implement this facility across the country from June 1, 2020.

Under the initiative, eligible beneficiaries would be able to avail their entitled foodgrains under the National Food Security Act (NFSA) from any Fair Price Shop in the country using the same ration card.

“In order to achieve the aim of national portability, it is necessary that ration cards issued by different states and union territories conform to a standard format. Accordingly, a format for standardised ration card has been prepared for issue of ration card under the NFSA,” a senior Food Ministry official told PTI.

A standard format for ration card has been prepared after taking into account the format used by different states and after consultation with other stakeholders, the official said.

The state governments have been advised to use this new format whenever the states decides to issue new ration cards, the official added.

Elaborating more, the official said the standardised ration card includes the requisite minimum details of the ration card holder and states can add more details as per their requirement.

For national portability, the state governments have been asked to issue the ration card in bi-lingual format, wherein besides the local langauge, the other language could be Hindi or English.

Besides this, a set of another two digits will be appended with ration card number to create unique member IDs for each member of the household in a ration card, the official added.

Under the NFSA, about 75 crore beneficiaries have been covered so far against the target of 81.35 crore, as per official data.

This story has been published from a wire agency feed without modifications to the text. Only the headline has been changed.