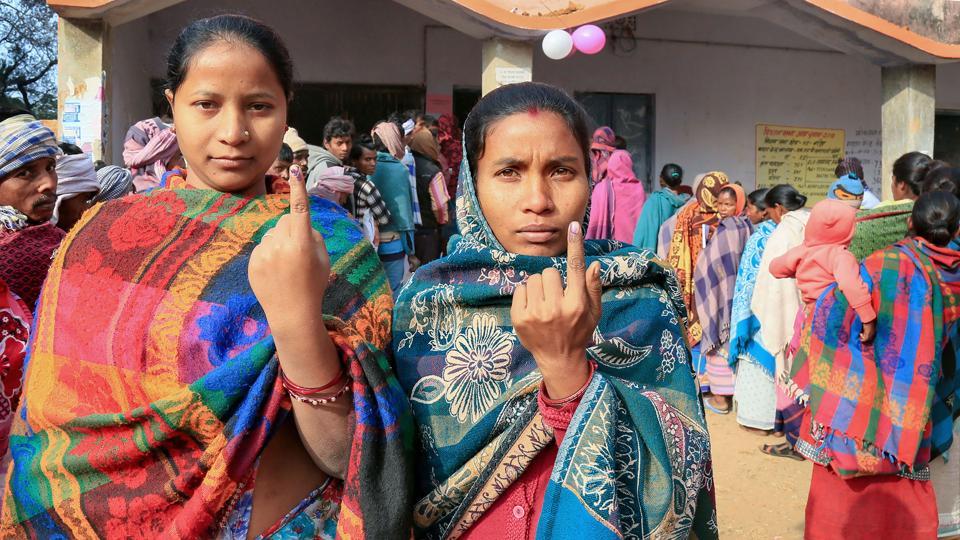 Voting trends at 10 am suggest that the JMM-Congress-RJD alliance has crossed the majority mark in Jharkhand. The grand alliance is currently leading on 42 of 81 seats while the BJP is maintaining leads on 29 seats.

Godda: Sanjay Prasad Yadav of RJD leads over Amit Kumar Mandal of BJP by 3,315 votes in Godda seat of Jharkhand.

Potka: Menka Sardar of BJP leads over Sanjib Sardar of JMM by 5,144 votes in Potka seat of Jharkhand.

9:49 AM IST: BIG BREAKING: Hemant Soren trailing from both seats

In a setback for the CM aspirant, JMM chief Hemant Soren is trailing on both Dumka and Barhait seats.

9:43 AM IST: From audit accountant to shopkeeper to CM: The journey of Raghubar Das

Before the Jharkhand elections, India Today TV caught up with Jharkhand CM Raghubar Das. Talking about the elections in the state, he said his party did a lot of development work in the state and he is confident that BJP will retain power in the state.

Early trends show the BJP is tipped to get 21 while the Jharkhand Multi Morcha-Congress-RJD alliance is slated to get 39 seats. The majority mark is 41.

As counting of votes for 81 Assembly constituencies in Jharkhand begins, the BJP says victory is definite. Assured of BJP victory, BJP MP from Ranchi Sanjay Seth has said. Another BJP leader, Zafar Islam, is cautious. He says, These are early trends, we will wait till 10.

With early trends indicating a close fight between the JMM-Congress alliance and the BJP, BJP spokesperson said, “These are early trends, we will wait till 10 am. Even ballot trends have seen a turnaround in the past.”

Ground report from the BJP head office in Ranchi show a deserted look.

8:45 AM IST: Early trends: Here is where key candidates stand

As counting for the 2019 Jharkhand assembly election results began, early trends indicated that the Congress-JMM alliance is leading on 24 seats while the BJP is leading on 18 seats. Other key players — JVM and AJSU are leading on 2 and 4 seats respectively.

08:18 AM IST: Jharkhand election results: No CM has won twice. Will Raghubar Das break the curse?

The electorate of Jharkhand is such that it has never allowed a CM to have a repeat term. No former Jharkhand CM has been able to break this record. That is why it is now on BJP’s Raghubar Das to change the state’s existing voting patterns.

8:04 AM IST: Counting of votes begins for 81 Jharkhand assembly seats

6:43 AM IST: Congress, BJP pulled out all stops to woo Jharkhand voters. Will it work?

Both BJP and Congress alliance made their best efforts to lure the voters.

6:26 AM IST: Here’s the key seats to go to polls in Jharkhand

Raghubar Das is contesting from the Jamshedpur East seat against his ex-cabinet colleague Saryu Rai, who is fighting as an independent, and Congress candidate Gourav Vallabh.

Among other big leaders are AJSU President Sudesh Mahto, who lost the 2014 Assembly poll, and is trying his luck again from Silli seat and former Chief Minister and JVM-P chief Babulal Marandi who is fighting from Dhanwar Assembly seat.

6:21 AM IST: Who are the key political players in Jharkhand?

Raghubar Das took oath as Chief Minister in 2014 after the BJP won 37 seats and stitched an alliance with the AJSU, which had won 5 seats. However, AJSU broke ties with BJP and contested elections solo this time.

The ruling party has fielded its candidates in 79 out of the 81 seats. However, BJP has not fielded any candidate against AJSU’s Sudesh Mahto, and has supported a candidate in the remaining one constituency.

Under the leadership of JMM chief Hemant Soren, Congress and RJD have come together to oust BJP from power. JMM has fielded candidates in 43 seats, while the Congress and the RJD candidates are in the fray in 31 and seven constituencies, respectively.

Most exit polls for the Jharkhand assembly election have predicted a hung assembly in the state with an advantage to the Congress-JMM alliance.

The India Today-Axis My India exit poll had the BJP winning between 22 and 32 seats, and the JMM-Congress alliance between 38 and 50 seats.

The ABP/C-Voter survey gave 35 seats to the opposition alliance of the Jharkhand Mukti Morcha (JMM), the Congress and the Rashtriya Janata Dal (RJD) and 32 seats to the ruling BJP.

A party or alliance needs to win at least 41 seats to form government in Jharkhand.