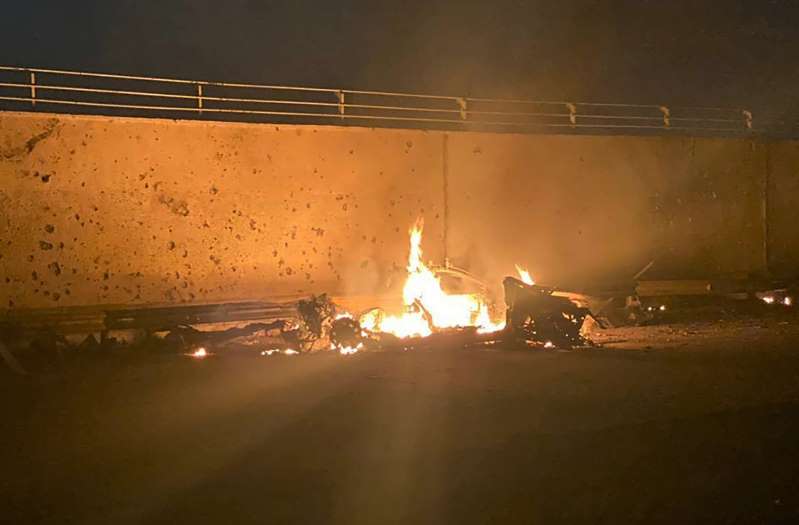 The U.S.-led coalition fighting Islamic State said on Saturday it did not conduct any air strikes near Camp Taji north of Baghdad.

Iraqi state television had said they were U.S. air strikes.

“FACT: the coalition … did not conduct airstrikes near Camp Taji (north of Baghdad) in recent days,” a spokesman said on twitter.

The PMF said the attacks hit a convoy of medics, not senior leaders as reported in some media.

A U.S. air strike on Baghdad airport on Friday killed Qassem Soleimani, Tehran’s most prominent military commander and the architect of its growing influence in the Middle East, and the leader of Iraq’s PMF Abu Mahdi al-Muhandis.

The overnight attack, authorised by U.S. President Donald Trump, was a major escalation in a “shadow war” in the Middle East between Iran and the United States and American allies, principally Israel and Saudi Arabia.

Thousands had already gathered in Baghdad ahead of the start of the procession early on Saturday morning, some waving Iraqi and militia flags.