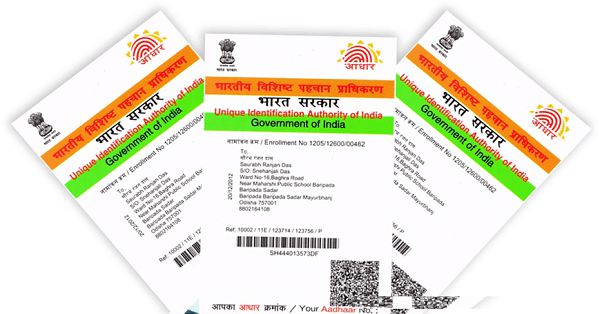 Aadhaar-Voter ID linking process gets Modi government nod! The Union Law Ministry has given its approval for Aadhaar Card Voter ID linking process, a proposal put forwarded by the Election Commission of India (ECI). The poll watchdog sought legal powers to resume the process of linking of 12-digit Aadhaar numbers with Voter ID. The poll watchdog has emphasized on the need of seeding of Electors Photo Identity Cards (or EPIC) or Voter cards with Aadhaar claiming that the move would weed out duplicate entries and bogus voters, and thereby serves the national interest.

According to an IE report, both new entries in the Voter ID list and those who have already enrolled may be asked to share their Aadhaar Card number. However, the proposed amendment clearly mentions that if anyone fails to furnish Aadhaar details, that individual will not be denied enrollment or details won’t be deleted from the voters’ list, the report says.

While approving the ECI’s proposal, the Union Law Ministry headed by Ravi Shankar Prasad has categorically asked the ECI to enumerate the measures that the poll watchdog is adopting to safeguard data from being hijacked, intercepted and stolen, as per the report.

In its reply, the ECI had sent the list of safeguard measures to the Union Law Ministry in December. The ECI mentioned that these measures are for both application and infrastructure levels. The ECI has also mentioned that the Aadhaar ecosystem is not entered into by the electoral roll database, the report says.

It all began in August 2019 when the ECI wrote a letter addressed to the Law Secretary proposing amendments to two pivotal acts- Aadhaar Act, 2016, and Representation of the People Act, 1950. The ECI in the letter stated that proposed amendments would legally empower it to gather and utilise Aadhaar data in order to clean voters’ list as a “back-end exercise”.

Responding to the ECI’s letter of request, the Union Law Ministry stated in September that the ECI’s rationale would “pass the benchmark test laid down by the Hon’ble Supreme Court for collecting Aadhaar details for purposes other than getting benefits of state-sponsored schemes.” However, since Supreme Court in its observation strictly emphasized on the need for “protecting the privacy of individuals”, the ECI must list out the safeguards it had into the platform which maintains electoral roll data, the Union Law Ministry said, as per the report. On December 12, 2019, the ECI sent details of safeguard measures like two-factor authentication encryption.

The exercise of linking Aadhaar with the voter cards was initiated by the ECI in February 2015 during the tenure of the then Chief Election Commissioner HS Brahma. However, the Aadhaar-Voter ID linking process was suspended in August 2015 after the apex court restricted the use of Aadhaar Card to LPG and kerosene distribution and Public Distribution System (PDS). 38 crore voter cards were already linked with Aadhaar till August 2015.

The top court in its order stated that while ‘Right to Privacy’ is a fundamental right, this can be curtailed provided there is a specific law authorising the gathering of Aadhaar details or state interest is involved. Subsequently, the ECI sought legal powers to resume the process of Aadhaar-Voter ID seeding.